DOCTOR WHO VERSUS CLIMATE CHANGE 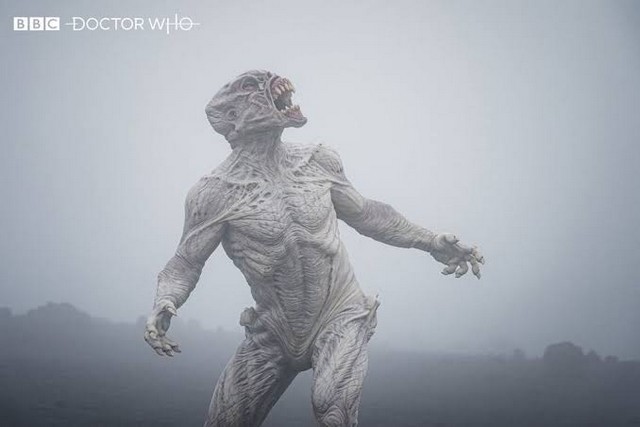 The Doctor almost calls for #systemchangenotclimatechange...but not quite. 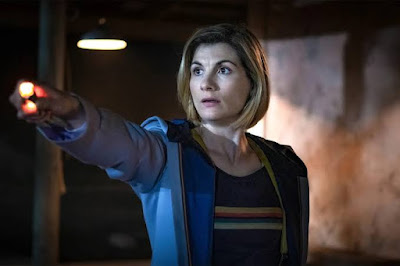 DR WHO broke with convention when it announced that Jodie Whittaker would be the twelfth Doctor. Some fifty years after the series began Dr Who finally had a woman at the helm of the Tardis. At the same time Chris Chibnall took over as executive producer from Steven Moffatt. The science fiction drama series has since demonstrated a readiness to tackle more overtly political and social issues.

In the previous series it most notably tackled the issue of race via the American civil rights activist Rosa Parks. This time the good Doctor has confronted an enemy more dangerous than the Daleks or the Cybermen. This time its Dr Who versus..climate change.

The third episode of the twelfth series sees the good Doctor and her travelling companions on the barren planet called 'Orphan 55 '. The only inhabitants capable of living in this harsh environment are the Dregs, a reptilian-like race. The Dregs breathe in carbon dioxide and exhale oxygen.

The twist comes at the conclusion when its revealed that Orphan 55 was once Earth and the Dregs are the mutated remains of Humankind. The Doctor explains that orphan planets are the result of their ecosystems collapsing and goes on to say that the wealthy abandon the planet leaving the poor behind to survive the best they can - or die. This is a scenario that has been mapped out before, most notably in the Bladerunner and Bladerunner 2049 films.

And the Doctor has a warning:

'I know what you’re thinking – but it’s one possible future. It’s one timeline. You want me to tell you that Earth’s gonna be OK, ’cause I can’t. In your time, humanity’s busy arguing over the washing up while the house burns down. Unless people face facts and change, catastrophe is coming. But it’s not decided. You know that. The future is not fixed, it depends on billions of decisions and actions, and people stepping up. Humans. I think you forget how powerful you are. Lives change worlds. People can save planets, or wreck them. That’s the choice. Be the best of humanity.'

While the episode comes close to being anti-capitalist, it ends up suggesting that climate change is the fault of all of us, even though its estimated that no more than 100 corporations are responsible for over 70 percent of the world's carbon emissions. But a socialist critique of environmental collapse is perhaps hoping for too much from a television series produced by the mainstream BBC.

The episode has been criticised by some as having all the subtly of a sledgehammer but others says that the episode serves to remind us that future isn't set, but we have to act now. The Women of Who tweeted  that 'If anyone complains about how this is 'too political', perhaps consider that climate change WILL effect you, regardless of your view on it.'