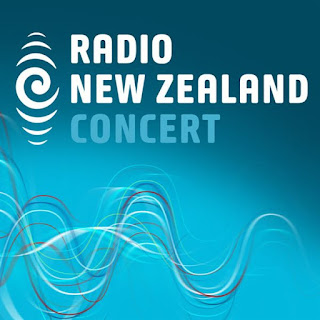 RNZ are scrapping Concert FM for a new 'youth orientated' station that looks a lot like the failed Kiwi FM, sans commercials.

RADIO NEW ZEALAND MANAGEMENT seem intent of resurrecting the failed Kiwi FM, albeit without the commercials.

Like Kiwi FM, the new station will be a pitched at a youth audience, playing predominantly New Zealand music along with what RNZ describes as 'international hits' in order to provide 'something that is palatable to a broader audience.'

The Mediaworks-owned Kiwi FM, launched in 2005, began as a station playing purely New Zealand music. When the format failed to attract a viable audience share, international content was introduced. When it was closed in 2015, it was playing 70 percent New Zealand content. It had a weekly audience of just 28,000 listeners. Some 170,000 people listen to Concert FM each week.

Kiwi FM was consistently broadcasting to as little as 0.1 percent of the total radio audience. In 2011 though, station manager Karyn Hay insisted that the station had 'turned a corner'.

It seems that the format is to be resurrected by RNZ but its doubtful that the new station will do any better than Kiwi FM, even if doesn't play commercials.

Concert FM listeners have a right to feel betrayed by RNZ. If RNZ's role as a public broadcaster is to mean anything at all, it is to provide services that commercial radio won't. By scrapping Concert FM, the country's only classical music station and an important part of the local music and arts scene, RNZ has demonstrated that its commitment to public broadcasting is ambiguous at best. To chuck what remains of Concert FM on to AM where it will die a slow death as an automated music station that will broadcast only when Parliament is not in session, simply adds insult to injury.

Interestingly Karyn Hay is now in the employ of RNZ and does a one hour show, Lately, every weeknight on RNZ National. It would not be a surprise if the former manager of Kiwi FM is also employed by RNZ's new 'youth orientated station'.

‘Concerned to see marginalisation of @RNZ Concert programme: It’s due to be taken off FM frequency w/ major staff cuts & w/ little programming as it is moved to AM & an online automated service. This equates to a dumbing down of cultural life in NZ.’