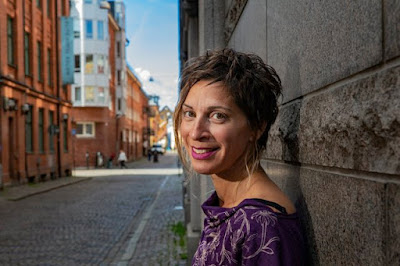 Leilani Farha is the UN Special Rapporteur on adequate housing. She says that New Zealand doesn't have a housing crisis but a human rights crisis. The roots of that crisis, she says, lies in the gutting of social housing and a speculative housing market.

IN THE 2019 documentary Push, which follows Leilani Farha around the world as she attempts to get to grips with the global housing crisis, she discusses the 'problematic' nature of 'unbridled capitalism'.

The UN Special Rapporteur on adequate housing is no fan of neoliberalism generally and certainly no fan of neoliberalism when its being applied to housing. Farha says that the housing crisis has been fuelled by financial speculation and which is denying more and more people the right to home ownership, as well as pushing up rents to levels that people simply cannot afford. Under neoliberalism housing has become a commodity and a place, Farha observes, 'to park capital'.

Given her criticisms, it comes as no surprise that she has not been impressed by what she has seen in New Zealand during her ten day visit. In a country where the parliamentary parties remain loyal to the interests and priorities of 'the market', Farha has not pulled her punches and has criticised both National and Labour for their market-led approach to housing.

But its unlikely that the Labour-led government will take on board any of her criticisms. While it might make the occasional polite criticism of the private sector, it still remains committed to 'the market' to solve the housing crisis, even after the debacle of Kiwibuild. After almost three years in office, the government continues to suggest that the housing crisis is all the work of the previous nine years of a National-led government.

While Farha might be calling for such measures as a large scale public housing program and the introduction of a capital gains tax, none of its going to happen under either a Labour or National government. She might be calling for 'sweeping changes' but she isn't going to get them as long as market interests continue to rule the roost.

Vanessa Cole, a researcher for Economic and Social Research (ESRA) is right when she states:

'If the Labour Government is serious about addressing the housing crisis, it must have a policy which moves towards a future of de-commodified housing. As long as there are those who profit from unaffordable house and rental prices, there will be homelessness. A property owning ‘democracy’ is not a democracy at all where collective wellbeing is diminished for the advancement of individual property rights. '

Under capitalism, the interest of property developers and landlords will always come first. The housing needs of ordinary people will always be constrained by what 'the market' is prepared to deliver.

As Leilani Farha says, housing is a human right and should be treated as such. Its a disgrace and completely unacceptable that people are living on the streets while thousands of houses around the country remain unoccupied. This will continue as long as housing policy is shaped around the need for private profit. It will take radical action to win housing as a human right and that means taking the profit motive out of the housing sector.