LEILANI FARHA : HOUSING HAS RARELY BEEN MORE OF A LIFE OR DEATH SITUATION 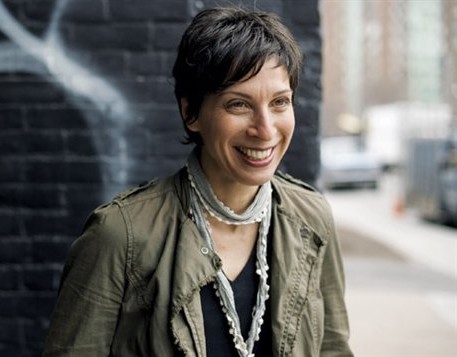 The UN special rapporteur on adequate housing was recently in New Zealand and observed that New Zealand's housing crisis had become a human rights crisis. Now that the housing rights crisis is set to intersect with the coronavirus crisis, Leilani Farha says that if Governments around the world are relying on people staying at home to prevent the spread of the virus, they must take urgent measures to curtail homelessness and ensure access to adequate housing for those without.

NEW ZEALAND has one of the most unaffordable housing markets in the world and homelessness is widespread, with many New Zealanders shut out of 'safe and secure housing'. People are living in cars, in tents, in disused buildings, in overcrowded houses and flats, and engaging in what has become popularly known as 'couch surfing.'

The waiting list for a state house has doubled to nearly 15,000 people in the space of just two years, despite Prime Minister Jacinda Ardern declaring during Labour's election campaign that she would 'fix it'. Two years later the Labour led government's repeated refrain is that they are trying to fix a problem caused by the previous National-led government.

It is not a situation that impressed the UN special rapporteur on adequate housing who was in New Zealand in February on a fact finding mission. Leilani Farha commented that the scale of the problem in New Zealand had gone beyond being a housing crisis and had become a human rights crisis.

'If people in New Zealand continue to call it a housing crisis it obfuscates what is going on here … the conditions are really stark,' she said, commenting  that there had even been people sleeping rough in the entrance of her hotel.

And now what Farha describes as a 'human rights crisis' is intersecting with the coronavirus crisis and the accompanying 'recession'. And recession may prove to be too mild a term to describe what is going to occur over the coming weeks and months.

Farha says that if Governments around the world are relying on people staying at home to prevent the spread of coronavirus, they must take urgent measures to curtail homelessness and ensure access to adequate housing for those without.

'I am deeply concerned about two specific population groups: those living in emergency shelters, homelessness, and informal settlements, and those facing job loss and economic hardship which could result in mortgage and rental arrears and evictions,' says Farha.

'I am urging States to take extraordinary measures to secure the right to housing for all to protect against the pandemic. Good practices are emerging in a few States, including: moratoriums on evictions due to rental and mortgage arrears; deferrals of mortgage payments for those affected by the virus; extension of winter moratoriums on forced evictions of informal settlements; and increased access to sanitation and emergency shelter spaces for homeless people.'

Farha also said that to help people facing job loss and economic hardship, government's must: provide direct financial assistance for or defer rental and mortgage payments; enact a moratorium on evictions due to arrears; introduce rental stabilisation or reduction measures; and, at least for the duration of the pandemic, suspend utility costs and surcharges.

Although the Labour-led government has earmarked $12 billion as a first step in managing the crisis, that money is largely targeted at shoring up business. No measures have been announced to address the damaging impact that coronavirus will have on an already precarious housing situation.

It is already clear that 'the market' has no intention of displaying any social solidarity. Despite the fact that many people will lose their jobs in the coming months and face an uncertain economic future, landlords say they will not be introducing a rent freeze or reducing rents, which  are already at extortionate levels. According to Real Estate Institute of New Zealand (REINZ) CEO Bindi Norwell,  it's 'business as usual'.

Ricardo Menendez of Auckland Action Against Poverty says that the Government must intervene in the housing market to protect and assist people. Although the Government already has admitted that this recession will be much worse than the 2008 financial crash, it has yet to give any indication  that it is prepared to intervene in the housing market in  any of the ways urged by Leilani Farha.

Says Farha : 'Housing has become the front line defence against the coronavirus. Home has rarely been more of a life or death situation.'
Posted by Steven Cowan on Friday, March 20, 2020