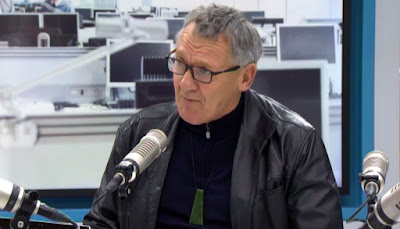 The national director of the Unite Union has lent his critical support to the Labour-led government's business rescue package. But hasn't Mike Treen been calling for a Green New Deal?

GIVEN HIS fulsome support for a New Zealand Green New Deal (GND), it might of been reasonably expected that Mike Treen would of taken the Labour-led government to task for not seizing the moment and announcing such a GND yesterday. Granted, such a GND was never under consideration by this centrist government but that doesn't mean you concede the argument. Which is what the national director of the Unite Union has done. In somewhat of a contradictory column, he describes the $12 billion business rescue package as 'a useful start in combating the impending crisis'.

In the space of just a few days Treen has gone from calling for a complete overhaul of the economy to lending his critical support to a package that is aimed at maintaining the very status quo that Treen says he wants overturned. To be fair he also calls for some additional policies such as the 'public control and democratic planning' of public transport. But they are policies he wants tacked on to this rescue package - or more probably included in the upcoming budget. Its far removed from being a completely new economic paradigm which is what the GND entails.

Indeed Treen boosts Finance Minister Grant Robertson's corporate rescue package on the grounds that it doesn't include the kind of neoliberal reforms we saw in the aftermath the 2008 financial crash. Apparently we're supposed to be thankful for this and the spectre of 'lesser evilism' floats into view. Although Mike Treen is careful not to say it outright - in case he frightens the horses - the implication is that things would be so much worse under a National-led government. So you know who to vote for in September, right?

Having lent his support to this business package - and Treen is writing as the national director of the Unite Union - he bizarrely concludes his column with a call to arms:

'The impending worldwide economic recession is happening at a time the capitalist system which dominates the planet had already outgrown its usefulness as a wealth creator and has now become a destroyer of social capital, working people’s livelihoods and the planet itself.

The ruling rich used the last big crisis to just further enrich themselves and hoard even more wealth and power. In this crisis working people need to dispossess this class of its wealth and power and reorder society in such a way as to be able to serve the interests of humanity and the planet we exist on.'

Confused? Having just announced his support for a business rescue package that is all about maintaining the status quo and protecting the interests of the one percent, he calls for the removal of that very one percent. Its as if Mike Treen wants his cake and eat it too. In truth, Treen is quite forthcoming about proposing a GND in the abstract but less than forthcoming when it also means confronting the policies of the Labour led government not only in a time of crisis but also, and especially, in an election year.