Home » capitalism » coronavirus » WE ARE NOT 'ALL IN THIS TOGETHER'

WE ARE NOT 'ALL IN THIS TOGETHER' 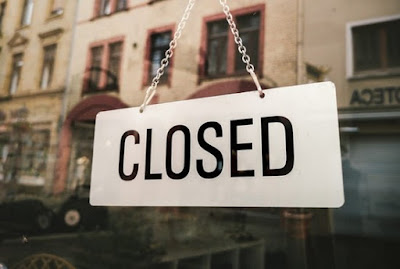 The coronovirus pandemic and the accompanying economic crisis is highlighting that some of us are more equal than others. We are not 'all in this together'.

EVER SINCE IT became clear that the coronavirus pandemic was not something that we would be able to safely watch happening elsewhere in faraway lands on our television screens, we have been told by the political establishment and its foghorns in the media that 'we are all in this together'. It has been a common refrain from the Prime Minister Jacinda Ardern down. Some of the Commentariat have even harkened back to the days of World War Two when  we all came together, apparently as a nation, to battle the common enemy of fascism. These are also days of 'national unity' supposedly. There has even been a call from National Party spin doctor David Farrar for a government of 'national unity' and supported by the managing editor of Newsroom, Bernard Hickey.

But to promote this particular myth of 'national unity' requires the political establishment cultivating a kind of national amnesia. Because while people like Green co-leader James Shaw - on a generous six figure salary package - tell us that 'we're all in this fight together', many of us are watching the Labour-led government pour billions into the pockets of the business sector while also observing that there's not a lot of cash going in the direction of the jobless, the homeless and those in precarious accommodation, to the many folk who are struggling with extortionate rents.

As Max Rashbrooke has observed in The Guardian: 'This crisis is shot through with inequality: it is revealing existing imbalances, and risks creating new ones.'

For the Labour-led Government the political ramifications of the deepening economic crisis may prove to be far more difficult to contain than the coronavirus pandemic. This crisis is likely to spur more people into questioning the economic policies of a government that have only perpetuated and deepened the level of inequality in this country. They will question how the one percent not only escaped the present crisis relatively unscathed but why a government that claims to be the ally of the working class is attempting to rebuild an economic and economic status quo that will allow the one percent to retain its dominance, while the rest of us will be expected to carry the burden of an economic recession that will still be with us long after the coronavirus pandemic has gone.

We're been down this road before and relatively recently. After the 2008 financial crash the policies of austerity were imposed and which the saw the ranks of the poor increase by the tens of thousands. But the wealthiest among us saw little damage to their burgeoning bank balances and stock portfolios.

Most of us will not want to see this happen again but the shape of our future lies in our own collective hands. We must not only resist the arrogant assumption of the political establishment that we can simply return to the political and economic status quo but present a real alternative that isn't tied to the interests and priorities of those who seek to rule us.

In 1945, at the end of the Second World War, it was noted by one observer that 'the things that people want put right first are the things that went wrong last time...Chief among these is certainty of a job, and the certainty of a decent house to live in.' In 2020 we also want to put right the things that went wrong last time. To do that, we must bring to an end not only three decades of neoliberalism but also topple a political establishment that is seeking to perpetuate it. We still have a world to win.