HUMPTY DUMPTY CAPITALISM : WHY WE NEED A GREEN NEW DEAL 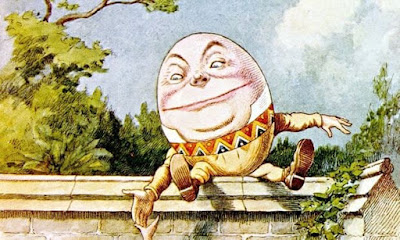 The ruling elite say that after the coronavirus pandemic ends, they want 'to get back to normal' and put Humpty Dumpty back together again. We shouldn't let them.

AFTER WE FINALLY emerge from the coronavirus pandemic, whether that it be in four weeks or eight weeks or more, we will be confronted with an economic landscape littered with its casualties. Many businesses will be significantly reduced in size or gone altogether and job losses will be massive. If the aftermath of the 2008 was bad enough this will be far, far worse. And that's the Government speaking, even as it throws billions at the business sector in a desperate effort to shore it up.

But despite the crisis, there is an assumption among the political elite that the neoliberal economy will be eventually restored to something like it was before. Piece by piece, Humpty Dumpty will slowly be put back together again. That's what the Minister of Finance means when he talks of 'returning things to normal.'

The spectre has even been raised by former Prime Minister John Key of the Government holding a 'Jobs Summit'. Under this familiar scenario, employers, unions and the government will come together to thrash out some kind of economic plan. We had a 'Jobs Summit', of course, in the aftermath of the 2008 financial crash and which Labour subsequently branded a failure. With some 1000 jobs disappearing every week, not only was it not a success, it helped to lay down the groundwork for the austerity policies that have dominated since then.

But although coronavirus has effectively brought neoliberalism to its knees -adding impetus to problems that were already there - it cannot be assumed that neoliberalism will simply fall over of its own accord. It will have to be pushed.

The big question is whether working class movements throughout the world can use this crisis to bring about the radical economic and political change that is desperately needed. That, in turn, will involve resisting attempts to rebuild Humpty Dumpty and making us - the 99 percent - pay for the reconstruction. 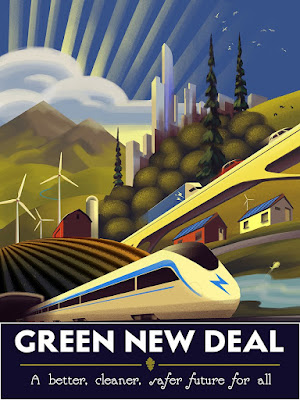 As writer and activist Naomi Klein has observed “This crisis — and not only the pandemic but the economic crisis that has been set off and that we’re still in the grips of, the crashed oil prices and the political crisis, all of it — is laying bare the extreme injustices and inequalities of our economic and social system.'

Around the world the call is for the implementation of a global Green New Deal (GND). We can seize this opportunity to fundamentally reshape the economy and tackle the climate crisis as well.

But while  there are major pushes for a GND in other countries, there has been little enthusiasm expressed for it in New Zealand, bar several blog posts (mine included). While it may have some currency at the grassroots level, the political elite and the chattering class remain largely steadfastly loyal to neoliberalism. They cannot conceive of a world which they don't dominate.

Such is neoliberalism's  grip that the market-friendly Green Party remains silent as the economy collapses around it. And, with an election approaching, we are faced with the prospect of much of what constitutes 'the left' simply disregarding the perilous times that we live in and limply falling behind a right wing Labour Party in an attempt to get it re-elected. This is the same Labour Party that has already indicated we can expect more austerity in the months and years ahead. How is this 'the lesser evil' exactly?

The present crisis is a damning indictment of capitalism. Those who have monotonously preached the virtues of the free market have now turned to the State to bail them out, All those apologists of capitalism who have constantly pontificated that profits are a reward for risk-taking and for being 'aspirational' are now silent as the State has stepped into rescue the system from collapse.

But, as with Humpty Dumpty, the widespread economic destruction caused by this crisis will be difficult to put back together, and the crisis will reverberate throughout the world in the coming months and longer. The need for real change could not be more urgent.