THE CORONAVIRUS CRISIS IS ALSO A SOCIAL CRISIS 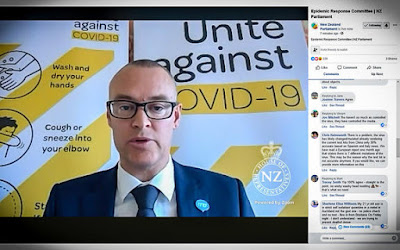 While the New Zealand mainstream media worries about Health Minister David Clark, more and more New Zealanders are struggling to put food on the table each day..

THE NEW ZEALAND  mainstream media, predictably, has been extremely interested in the lockdown-breaking adventures of Health Minister David Clark. He hasn't been out of the headlines for several days. But while, at best, Clark will likely lose his position as Health Minister at some stage and be forced to survive on a slightly smaller six figure salary, for many people putting food on the table each day is becoming increasingly difficult. Social media is awash with tales of poverty and despair. We are in the midst of a deepening social crisis, yet it is David Clark who remains of most concern to the mainstream media.

Food banks are reporting increasing demand on their services and community organisations are concerned that people are taking out loans just in order to buy food.

'These loans can be harmful to vulnerable families in the best of times; during a crisis they can be devastating.' said a spokesperson for Christians Against Poverty this week.

Despite throwing billions of dollars at the business sector in an desperate attempt to prevent its complete collapse, the Labour-led Government has provided little assistance for benficiaries and the poor. The $25 increase in the core benefits has been a woefully inadequate response to the deepening level of poverty. It is little wonder that Work and Income have not been able to cope with the demand for food and emergency grants.

Susan St John of the Child Poverty Action Group has commented: "Those currently on benefits will be joined by many more, as jobs are lost and most crucially - their children are put in precarious positions over this challenging time. The $25 benefit increase is tiny,"

Meanwhile Prime Minister Jacinda Ardern is being praised around the world for her handling of the coronavirus pandemic. Clearly we're just going to ignore that the government she leads has failed to respond to the growing calls for help from beneficiaries and people on low incomes. While Jacinda Ardern and her government might claim that 'we're all in this together', the coronavirus crisis has exposed that this is nothing more than a convenient lie.
Posted by Steven Cowan on Tuesday, April 07, 2020