Home » carmel sepuloni » coronavirus » inequality » poverty » 'WE'RE ALL IN THIS TOGETHER'? NO, WE'RE NOT 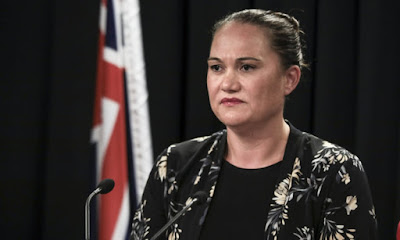 New Zealand is facing a jobs catastrophe, driving more people into subsistence living and poverty. But, fear not, Carmel Sepuloni is here. The Minister of Social Development has released an 'online recruitment tool' which will allow the growing number of jobless to apply for all the new jobs being generated by the deepening recession. It makes perfect sense.

THE GOVERNMENT is saying 'yes' to corporate welfare, throwing billions at the business sector in an effort to prop it up. But when it comes to social welfare, there is apparently no further financial assistance to be had. The pot is empty. The Prime Minister's 'kindness' stops short at actually delivering financially for beneficiaries.

Despite the fact that over 33,000 people have applied for a benefit since the level 4 lockdown began and the queues continue to lengthen at the food banks, the Labour-led government continues to ignore community calls for a significant increase in benefit levels.

In an effort to appear that it is  actually doing something to assist the growing number of unemployed, the Government has launched what amounts to a number of low cost administrative measures supposedly designed to get people into paid work. These include, says the Minister of Social Development Carmel Sepuloni, 'an online recruitment tool connecting people with potential employers and 35 new employment centres across the country.'

But given that jobs are disappearing at a rate faster than the rate the coronavirus is spreading, one wonders where these new jobs are going to come from that Sepuloni thinks people can apply for with her 'online recruitment tool'.

New Zealand is in the midst of a growing jobs catastrophe driving ever more people into subsistence living and poverty. But even as the crisis continues to deepen, the Government remains indifferent to the plight of the jobless and the poor. Prime Minister Jacinda Ardern's claim that 'we're all in this together ' is proving to be just empty rhetoric.