RNZ NATIONAL : WHERE THE FACTS GO TO DIE 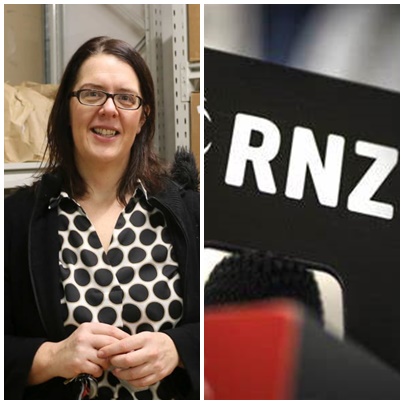 According to Auckland City Missioner Helen Robinson poverty is the result of 'colonisation' and 'racism'. It's a view that RNZ National is happy to promote...but what if it's wrong?

IT'S AROUND about this time of the year, in the final few weeks leading to Christmas, that the media pays more attention to the plight of struggling New Zealanders. This year will be no exception and RNZ National published such a story this week. It reports that an increasing number of desperate New Zealanders are approaching the Auckland City Mission, seeking help.

Unless you happen to be a hardcore Jacinda Ardern fan, most of us would not disagree with Auckland City Missioner Helen Robinson's comments that things are getting worse out there: 'Many New Zealanders simply don't have enough money for food, something that is deeply disturbing and distressing... We expect the growing need to continue, homelessness is a constant feature on the Auckland landscape. People don't live on the street for fun, they do it because it is their only option.'

But things start to get problematic at this point because Robinson has again argued that it is 'colonisation' that lies at the heart of the country's ills. She says that she is 'incredibly conscious we are seeing the impact of colonisation. When you strip people of their land and resources, this is the result...The level of racism I sometimes see is revolting but more and more New Zealanders are coming to understand the harm that has occurred.'

One wonders exactly what land and resources Robinson thinks poor white working class folk have been stripping away recently. One also wonders why Robinson has not expressed any similar concern about an economic system that funnels wealth upward to the already wealthy at the expense of everyone else, including the folk the Auckland City Mission is trying to help.

This is the same race-centric view that Robinson expressed in a recent Listener article by Colleen Brown. That article, based on next to no evidence, contended that 'the middle class' was 'indifferent to poverty' because it viewed it as 'a brown problem'. Brown was too shy to describe her villain as the white middle class but that's what she meant.

Its not surprising that RNZ National has unquestioningly embraced Robinson's race-focused view for it is also the view that RNZ National promotes everyday. While conservatives often like to disparage the radio network as 'Red Radio', its monomaniacal focus on 'Maori issues' has driven away even some of its most politically progressive listeners. Commentator Chris Trotter referred to RNZ National's pronounced bias in a column he wrote earlier this year:

'National Radio is no longer a station where the broadest possible range of New Zealanders’ ideas and opinions is broadcast for their fellow citizens to hear and judge. The views of those who remain unconvinced by the new orthodoxies of identity politics have been rigorously filtered out, and those espousing them “de-platformed” with extreme prejudice.'

Listening to RNZ National is like being pinned in a WWE wrestling match beyond the three-count. Everything is about race and you can’t make it stop. The only solution is to tune out. Permanently.

But Helen Robinson's narrow views are more than welcome at RNZ. That they are highly contestable doesn't seem to matter. It doesn't matter that poverty actually doesn't discriminate on the basis of ethnicity. It  doesn't care if you are brown, black or white. According to Stats NZ, for the year ended June 2021 13.6 percent of New Zealand children (156,700) were living in poverty. Of that number 52,600 were Maori and 30,300 were Pasifika. That means 73,000 were European. None, I think, have been living the high life at the expense of their brown brothers and sisters.

But RNZ National isn't about to tell you that.