CORONAVIRUS CAPITALISM: WHAT NOW FOR MILLENNIALS? 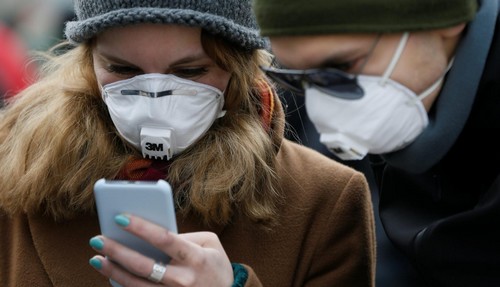 For millennials, having been struck by a second global economic crisis in the space of twelve years, the future looks less than bright. They have every right to demand a real economic and political alternative to the failed status quo, and the fact that the Labour-led Government has no intention of providing them one  can only hurry more millennials into concluding that the entire system needs to be overhauled. If, after all, it can't provide them with decent futures, then why bother to support it?

WHILE MANY New Zealanders have been offering their views on how they want New Zealand to look like in the post-pandemic era, those views are going largely unheard. Any threats to the economic status quo must be repelled and, unfortunately but not surprisingly, its the braying voices of the political establishment who are drowning out the rest of us. You know who those voices belong to : the politicians, the economists, the journalists and commentators embedded in the political establishment. Even an organisation that claims to represents the interests of working people, the Council of Trade Unions, is proving to be little more than an defender of the neoliberal economy at a time when it should be presenting a real alternative.

While the mainstream media have been quick to frame the Budget announcement on Thursday as 'The Recovery Budget' and the Government itself is describing it as the 'Rebuilding Together' budget, it could be more accurately described as 'The Austerity Budget'. As John Minto has pointed out , Finance Minister Grant Robertson has already announced that the social priorities that he outlined earlier this year - and they were hardly radical - have now been put 'on ice'. Robertson might say they are 'on ice' but this particular Ice Age ain't going to be ending anytime soon.

For millennials this is the second global economic crisis they have struck in the space of just twelve years. While the Labour-led Government in 2017 promised better times ahead after nine years of a National -led Government and many years of austerity, any dreams of better times ahead have been well and truly struck down by the coronavirus pandemic. While the doggedly centrist Labour-led Government was already proving to be a disappointment even before the pandemic struck, this crisis undoubtedly undermines any remaining confidence millennials have in a political establishment that seems increasingly remote and unsympathetic to their concerns. Millennials may well feel the cards are stacked against them and this Government isn't about to bail them out.

Its all very well for Jacinda Ardern to glibly call for 'kindness' but millennials will probably be thinking that  if you can't promise people that their lives will get better, then why should they carry on supporting the system? After all, they were promised a lot, because the generation before them rode a financial and property boom. Now millennials have been completely cut off at the knees.

After the 2008 financial crash, which, in the preceding years, actually saw the one percent growing even richer at the expense of everyone else, millennials will want know what political and economic alternative is on offer this time. That this Labour-led Government doesn't actually have one and is all set to continue the policies of the past, can only hurry more millennials into deciding that the system is stuffed. We can only hope that this realisation will lead to an increasing radicalisation.

In the United States increasingly more young people are embracing socialist politics and, indeed, have not only been the driving force behind Bernie Sanders campaign for the Democratic presidential nomination but have also contributed significantly to the surging membership figures of organisations like the Democratic Socialists of America.

Unfortunately three decades of a New Zealand left timidly arguing that the left's best bet is to vote Labour has meant that the New Zealand political landscape is bereft of any mass organisation that can represent the interests of millennials, and of working people. Instead millennials, like the rest off us ,can look forward to being shafted again by Grant Robertson and his austerity budget.

But maybe, just maybe, the times are a-changing. Let's hope so because, otherwise, it'll be another decade of austerity.