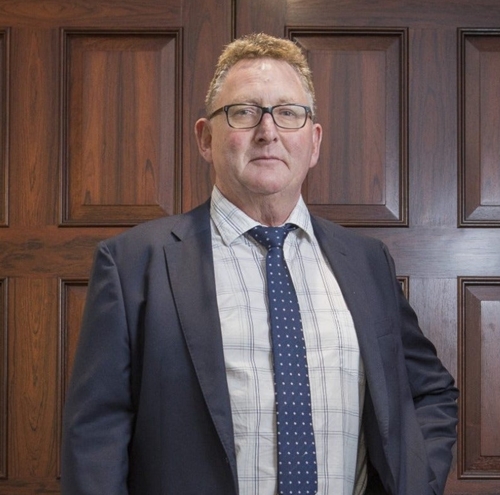 Reserve Bank Governor Adrian Orr has launched a class war. But a militant defence is less than likely...

If only Adrian Orr was just doing his Grinch impersonation then we might all get some sleep. But the consequences of turbocharging the Official Cash Rate will be far more damaging for ordinary folk than just one or two less presents around the Christmas tree.

Orr was asked by Green MP Cleo Swarbrick if commentary suggesting the Reserve Bank is 'deliberating engineering a recession to tame inflation was correct.' Orr didn't dispute the commentary:

'I think that is correct. We are deliberately trying to slow aggregate spending in the economy. The quicker inflation expectations come down, the less work we need to do and the less likely it is that we have a prolonged period of low or negative growth.'

Swarbrick later said:  'We're hearing that the plan is to effectively sacrifice lower-income New Zealanders at the altar of economic orthodoxy.' The scuttlebutt is that Swarbrick is becoming increasingly frustrated with the Green's continued deference to Labour and it hints of political ruptures next year as the recession really begins to hit hard.

Of course what Swarbrick says is entirely true and its a pity her co-leaders, Marama Davidson and James Shaw, won't provide any leadership and say it as well. The Reserve Bank, deliberately separated from any form of democratic control by the fourth Labour Government and charged with meeting an arbitrary inflation rate using the limited means at its disposal, has now launched  a full scale class war. And Finance Minister Grant Robertson's repeated assurances that 'the Government has the back of lower and middle income earners' sounds increasingly pitiful - and desperate.

While the mere mention of economic class will have politicians and journalists who favour identity politics breaking out in a cold sweat and running for the door, we know that the Reserve Bank has just announced even lower living standards for a working class that is already being knocked around by high inflation and having just come through two years of a pandemic.  And as Auckland University professor of economics  Robert MacCulloch has observed 'Anyone on superannuation, anyone on a benefit, is in real trouble'.

Saint Jacinda sprinkling some fairy dust and plaintively calling for 'kindness' ain't going to cut it this time round. Nor are meek apologies from both Grant Robertson and Adrian Orr for the mess the country finds itself in - especially since its you and me who will be required to clean up the mess. I rather doubt that Robertson and Orr will be mucking in at any stage.

Inflation -and fighting inflation - is always political. With the corporate sector enjoying massive profits, we know who isn't being  asked to carry the economic burden. As economic commentator Hadas Thier observes 'Inflation is a question of class politics -  which class gains at whose expense - rather than technical monetary policies'.

What's missing in the equation is any organised progressive response to inflation and a campaign against the plan of the political establishment to make the working class pay for a crisis we aren't responsible for. As I wrote previously: 'What is needed is a left economic agenda that, in the short term, mitigates the effects of the crisis for working people by taxing the rich, controlling prices and socialising major expenses - the energy companies and the banks for starters. In the longer term we need an economic agenda that provides a framework for a different kind of economy, one based on human need rather than corporate profit.'

Of course, we're not going to get such a response from any of the parlimentary parties, wedded as they are to the economic orthodoxy. And a useless trade union bureaucracy will do nothing that might further risk Labour's increasingly forlorn hopes to get re-elected. It will sacrifice the interests of the people it claims to represent on the altar of electoralism.