LABOUR : FRIEND TO THE ONE PERCENT

Jacinda Ardern and Grant Robertson are proving to be loyal allies of our wealthy elite.

A COMRADE of mine on Twitter, Kerry Harpur, regaled me with this amusing and revealing anecdote about Finance Minister Grant Robertson a couple of days ago:

'I bumped into Robertson campaigning this week. He assured me they had polled many renters who were very concerned about the effect a CGT would have on their property investing relatives. I asked for evidence of this remarkable poll, but he had to rush off.'

If Jacinda Ardern's furious backpedaling on a capital gains tax was disheartening for those who really believed her 2017 election campaign claims that she would be a leader of change, Robertson's abject failure to alter the tax regime and so further entrenching New Zealand's deep inequality would of been yet another kick in the butt. I imagine that a few more would of blown a kiss of farewell to Jacinda Ardern yesterday as they departed to join the growing ranks of those who no longer vote.

Even in a midst of a massive economic crisis that has already far outstripped the impact of the 2008 financial crash and even in the midst of the crippling coronavirus pandemic, Labour has failed to do anything but prop up late capitalism against the interests of ordinary people.

Last week some 5,000 New Zealanders lost their jobs. An increasing number of folk have been left distressed, shocked - and some suicidal - by a bleak future closing in on them. Its a future of no jobs, a lack of security in existing jobs, increasing difficulty in accessing basic welfare services, unable to put food on the table, unable to find affordable accommodation.

Unlike for  Labour Party apologists like Chris Trotter who tells us 'we must live' with economic hardship and despair - none of which, I might add, Trotter himself is facing - the crisis underlines that we need real change and not the feckless gestures of Jacinda Ardern. We need solutions to the absolute failure of neoliberalism.

Too many folk have no future to look forward to. Its up to the left, as it inches toward a recognition a new left party is well overdue, to provide the tangible prospect of real change. It can do that with a strong alternative economic argument and some real solutions that puts the interests of people first, rather than the demands of capital.

While the Labour Party is finished as a progressive force, that can't be said for the left. The left is by nature progressive. It changes. And change is what we need now. 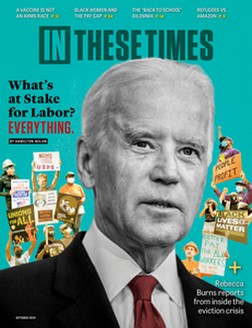