THE MEDIUM IS THE MASSAGE 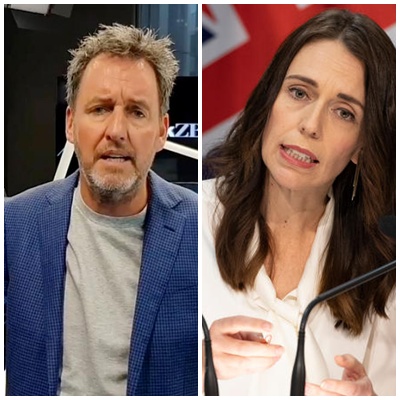 Prime Minister Jacinda Ardern has no comment to make...

COMMENTATOR Bryce Edwards, writing in the Guardian in December 2019  observed that the New Zealand news media has effectively been swamped, if not drowned, by the public relations industry. Wrote Edwards:

'...no one will be surprised that New Zealand now has many more public relations practioners than journalists. The latest census results show about 8,000 people work in PR, greatly overshadowing the roughly 1,600 journalists working in the print and broadcasting. Other calculations have put the ratio of PR to journalists at 10:1,'

In the year since Edwards wrote that column and the further retrenchment of a financially-stressed media industry, its more than likely the PR wallahs have only increased their  dominance. And the Labour Government of Jacinda Ardern is right in the thick of it because many of the spin doctors work directly for politicians, government departments or local government authorities. In 2019 RNZ reported that over a period of just five years public  sector communications staff numbers had risen over 60 percent.

The PR industry has filled the vacuum left by shrinking newsrooms and the playing field has been well and truly tilted in favour of the political establishment. Despite the obvious advantages that the Prime Minister has, she is now seeking to shut down some of the last remaining opportunities that are available to seriously question her and the wide ranging nature of the interviews means she can't just rely on the talking points prepared for her by her backroom staff. Of course she hasn't framed it this way. This is just a case of a reordering of priorities.

This means that her regular Monday morning interview with Newstalk ZB's Mike Hosking has been reprioritised out of existence with Hosking declaring that the Prime Minister was 'running for the hills'. He went on to suggest that Arden was a political lightweight who favoured media that gave her an easy time of it:

'Now without being too unkind to some of the others in this market: the reality is the PM enjoys a more cordial and compliant relationship with them. The questions are more softball; she favours a benign pitch, where the delivery can be dispatched to the boundary more readily with no obvious chance of appeal'.

Hosking may well of been thinking of Arden's 1pm press conferences where most of the journalists present do very good impressions of trained poodles. But the fact that Hosking makes no secret of his National party loyalties and had a rather more cordial relationship with Prime Minister John Key will mean some will probably view Hosking's criticisms as sour grapes. However Arden has also decided she is also not available to be questioned by either Susie Ferguson or Corin Dann on RNZ's Morning Report. She prefers to talk to Jono and Ben on The Hits where she can wrestle with crucial questions like 'Got any plans for Easter'?

But ever since Jacinda Ardern told the nation in 2017 that she wanted to 'do this' and people believed her even though they didn't know what 'this' was, this Labour Government has been intent on trying to control the message. But its selling of Ardern as the compassionate face of New Zealand capitalism and a grab bag of catchphrases like 'be kind', 'team of five million' and 'year of delivery' cannot conceal that the levels of poverty, inequality and social distress are only increasing. It is typical of the insubstantial nature of her politics that Arden's concern is to tweak the message rather then do anything about implementing the kind of transformative polices she promised in 2017.