'SYSTEMIC RACISM' IS NOT THE SOURCE OF INEQUALITY 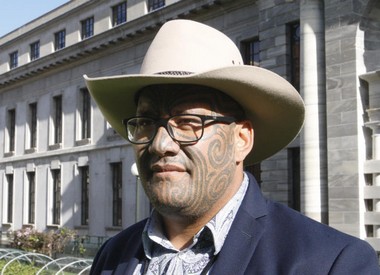 This week it was revealed that, pre-covid, there was little improvement in New Zealand's child poverty figures and they have almost certainly deteriorated since the pandemic struck. Meanwhile, the co-leader of the Maori Party, Rawiri Waititi, gave an unscheduled haka in Parliament. The revolution doesn't start here.

IN THE SAME WEEK that Maori Party co-leader Rawiri Waititi gave an unscheduled haka in Parliament, the latest Child Poverty Indicators report revealed that there has been little improvement in the lives of New Zealand's poorest children. Given that talking abut child poverty is essentially code for talking about poverty in general, it remains true that one in five New Zealand families are living in poverty, And, since the report is based on pre-coronavirus figures, we know that the situation has got considerably worse.

Prime Minister Jacinda Ardern, who claimed during her 2017 election campaign that tackling child poverty would be a priority of any government she led, attempted to blunt the impact of the report. She claimed that 'progress was being made' but what poor New Zealanders would of heard from Ardern is that 'the cheque's in the mail.' Her self-serving rhetoric can't conceal that the lines outside the food banks have only continued to lengthen. Mathew Mark from the Christchurch City Mission subtly underlined Arden's continuing  drift from reality when he told the media that he 'wasn't so optimistic as the Prime Minister'.

I wonder if Rawiri Waititi has reflected on the poverty figures, especially since Maori and Pacific families feature prominently in them? The report tells us that Maori families have twice the rate of material hardship as Pakeha families. Given his proclivity to shout 'racist' at everything he doesn't agree with or like, is Waititi still going to claim that Maori poverty is the product of 'systemic racism'?  And, given the support he has received from Green Party co-leader Marama Davidson and Green MP Teanau Tuiono, will they too claim that we have to look no further than ' systemic racism' for an explanation for Maori poverty?

If that remains their 'explanation' it doesn't actually explain anything at all. How does  'systemic racism', concretely, explain New Zealand's growing levels of poverty and inequality? If it is a symptom of 'racism', where do poor white folk fit into this one-size-fits-all explanation? Or are we just going to ignore their plight?  I'd like to hear more than just an impromptu haka from Waititi, which may of allowed him to puff out his chest in empty bravado, but would of convinced few others and would have only succeeded in putting up a few more obstacles in the way of developing a movement that can fight for real economic and social justice. Incidentally, I looked for something approaching the Maori Party's economic manifesto and found nothing.

The difficulty with the politics of people like Rawiri Waititi  and Marama Davidson is that liberals are often reluctant to criticise them - or they actually support them -  because exposing 'racism' make them feel good about themselves. Its the ethos that permeates liberal media organisations like RNZ and Stuff where they don't actually have to do anything beyond telling people that it would be really good if they weren't racist. But they are merely preaching to the choir. It doesn't require them taking any further political action that might actually, dear me, upset the economic and political status quo.

It would be more beneficial if politicians like Waititi used Parliament as a platform to illustrate that the economic plight of Maori is a more extreme manifestation of the precarious economic position than tens of thousands of New Zealanders find themselves in. That would mean steadfastly opposing our present economic arrangements defended by both major parliamentary parties. But since politicians like Rawiri Waititi and Marama Davidson have given little indication that they have any fundamental disagreement with capitalism - not enough to oppose it - it looks inevitable that they will continue to shout 'systemic racism' and leave the economic status quo entirely undisturbed.