Home » neoliberalism » racism » THE REACTIONARY POLITICS OF HE PAUPAU

THE REACTIONARY POLITICS OF HE PAUPAU 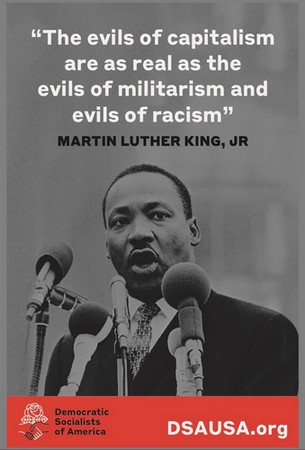 What the supporters of the He Paupau report don't recognise is that the best way to secure benefits for Maori is to secure them for everybody.

REAL CHANGE comes from below. It comes from political parties and political and social movements embedded in the societies whose interests and concerns they represent. That's not just an opinion. History tells us that.

In the 19th century the 'People's Spring' of 1848 shook autocratic regimes across Europe and inspired Karl Marx to write in the Communist Manifesto, published in that same year, that  'A spectre is haunting Europe - the spectre of communism. All the powers of old Europe have entered into a holy alliance to exorcise this spectre'. In the 20th century, the 'Prague Spring' of 1968 rose up against Stalinism, as part of a global year of rebellion stretching around the world that even reached New Zealand. There  was massive resistance to the US war in Vietnam and in France revolution threatened to sweep away the established order, with 10 million workers going out in a general strike. And, in the 21st century we have already seen the 'Arab Spring' as well as the emergence of the Occupy movement and Black Lives Matter. And in November last year the single largest protest in human history took place in India as ten of thousands of farmers marched to the capital to protest neoliberal reforms to agriculture while an estimated 250 million people around the country participated in a 24 hour strike in solidarity.

Here in New Zealand some commentators appear to want to deny history in their judgements of the He Paupau report.

According to former ACT MP Muriel Newman He Paupau is a roadmap that inevitably leads to Maori separatists controlling the country. This is the same woman who in September 2019 described the thoroughly neoliberal  Labour government as a socialist regime.

Newman has been joined in her negative response to the report by commentator and Labour supporter Chris Trotter. He goes as far as to suggest that He Paupau  'calmly anticipates the end of democracy as most New Zealanders understand it'. I might add he is talking about the 'democracy' where over three quarter of a million New Zealanders would rather not vote than vote for one of a slate of parliamentary parties all loyal to 'the market'.

The opening comments of the report declares that 'He Paupau means 'a break', which usually refers to a break in the waves. Here, it refers to the breaking of the usual political and societal norms and approaches'. Trotter interprets this to mean just 'another way of describing revolutionary change'.

Really? A revolution from above? This is a strange kind of 'revolution'. This is a revolution not only without mass participation of the people but instead involves the active participation of the Labour Government and the capitalist state. This is a unique 'revolution' in that it doesn't actually threaten the economic and political status quo and the interests of the ruling class it serves. This is a strange kind of 'revolution' when Willie Jackson, a multi-millionaire, is preparing a draft cabinet paper in response to He Paupau. It wasn't so many years ago that Jackson, as a talkback host, was championing capitalism and trumpeting his dislike of socialist politics - and on a frequent basis.

That this report should of been produced within the professional managerial class should tell us instantly that it represents no threat to the established order. That's because its  supporters are not concerned with building the mass political support required to pursue a truly revolutionary agenda but are simply intent on campaigning against what they describe as  'systemic racism' within capitalism and neoliberalism itself.

This is an agenda that a neoliberal government can embrace because it attaches no responsibility for such pressing matters as the high rate of Maori unemployment and homelessness to our capitalist economic system but rather to 'systemic racism' - which is such an amorphous and ill-defined term it can come to mean anything you want it to be. But it has become the liberal orthodoxy, the orthodoxy you hear being talked about on RNZ and wrote about on Stuff and trotted out by so-called 'progressive' politicians like Green co-leader Marama Davidson. She recently told a meeting of the Waikato Mongrel Mob that their problems could be traced back to 'enduring and systemic racism'. She was joined at the meeting by the Human Rights Commissioner Paul Hunt whose presence suggested he agreed with Davidson's  political assessment.

As Catherine Liu has observed in her new book The Virtue Hoarders: The Case Against the Professional Managerial Class, anti-racist politics is a class politics. It is rooted within the professional managerial class - in which supporters of such politics predominantly reside. They exist in academia, in politics, in the public service, in the media, in the social services and non profit sector, in the education sector, in the corporate sector. This is a politics that upholds the centrality of race to explain Maori injustice and economic disadvantage and excludes class and anti-capitalist politics. But it is they who have assumed the right to speak for working class Maori who, like working class Pakeha, have little to thank capitalism for. Unlike Marama Davidson - who is on a annual salary of some $250,000.

What the supporters of He Paupau fail to recognise is that the best way to secure benefits for Maori is to secure them for everybody. But this is seemingly a bridge too far for those who want to talk about 'systemic racism'  but have nothing to say about the role of our economic system. The irony is that while they continue to be criticised  by a conservative bloc consisting of the likes of National leader Judith Collins and ACT leader David Seymour and commentators like Muriel Newman and Chris Trotter, they can pretend to be pursuing a progressive project when, in reality, they are putting up further obstacles in the way of forging a working class solidarity. Race reductionist politics represents little more than the liberal wing of neoliberalism.