MARAMA DAVIDSON : WHAT'S CLASS GOT TO DO WITH IT? 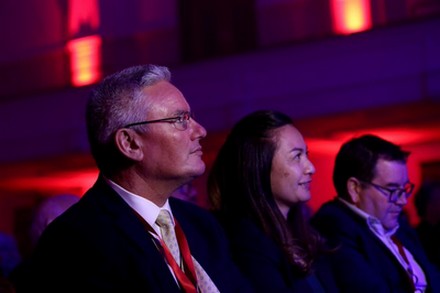 The simplistic race reductionism of co-leader Marama Davidson dominates within a centrist Green Party that has lost its way.

IT IS SUPERBLY ironic that Green co-leader Marama Davidson should claim that the National Party is still living under the shadow of former leader Don Brash when her own party has been little more than subservient to a Labour Government that continues to defend the neoliberal legacy of former Labour leader David Lange and his Finance Minister Roger Douglas. The Green Party has not just been under the 'shadow' of the Labour Government, its two co-leaders are right inside Labour's house, cosying up to Jacinda and co.

It wasn't so long that co-leader James Shaw decided that the Green's preferred not to ask any parliamentary questions of the Labour-led Government -just in case they risked embarrassing it. These days it manages to toss a few questions Labour's way but they are mostly 'softball'. The few attempts Davidson herself has made to ask questions of the Labour Government have been perfunctorily. She gives off the impression that she'd rather be somewhere else.

And it wasn't so long ago, in 2017, that Davidson herself was defending the decision of the Labour-led Government not to implement the vast majority of the recommendations of its own social welfare working group and which included an immediate increase in benefits. In 2021, as an Associate Minister of Housing, she has offered no criticism of Labour's failed market-led approach to housing  and offers nothing in the way of a non-market alternative.  Why aren't the Green's calling for a large scale state housing build programme, for example?  The answer is that it agrees with Labour's market-led - and failed - approach to housing.

But, of course, Davidson would prefer that people not look too hard at Green's loyal support for Labour's neoliberal economic policies. Yet, ever the Maori nationalist and thoroughly buried in identity politics, she talks about economic and political justice for Maori while supporting economic policies that run counter to the interests of working class Maori, because they enrich the one percent at the expense of everyone else. The key term is 'working class'. Davidson barely acknowledges the working class and its concerns. In her speech she mentions 'classism' in passing  and that's it.

In her address to the party faithful at Green Party AGM over the weekend Davidson declared that 'the Green vision is an Aotearoa where all of us have what we need to live good lives'.  Since Davidson is not an socialist - unlike Alexandria Ocasio-Cortez who Davidson once tried to associate herself with - how does she expect to reach this more fair and just world under capitalism? Who knows. Frankly, I don't even think Davidson knows herself  because her analysis - such as it is - seems to consist of a string of 'woke' buzzwords. This  might convince a liberal left which listens to RNZ or reads the Stuff website but for those looking for something approaching substance, this is light fare indeed.

I think that Auckland Associate Professor Elizabeth Rata remains correct in her observation  that an emerging Maori bourgeoisie - which Davidson represents - has employed the ideology of biculturalism and tio rangatiratanga to position itself as an elite within the capitalist state. It offers no threat to the economic order. The failure of the Maori caucus within Labour, led by multi-millionaire and anti-socialist businessman Willie Jackson, to present an alternative to Labour's market friendly policies is ample evidence of that.

Unfortunately the liberal left that dominates the Green Party has been conned into falling into line behind Davidson's race reductionism. The problem with people like Davidson, and others like her, is that they tubthump about 'justice' and 'fairness' for Maori within capitalism while evading any critique of the capitalist structures that impose that very inequality. Its not a coincidence that Davidson's brand of simple politics  has swept through a Green Party at a time when the agenda of the party has become increasingly centrist. Instead of championing the radical idea of a new economy and society the Green Party has retreated to smaller ideas, seeking to somehow expand the options within the prevailing order. Davidson's race reductionism dovetails nicely with the Green's centrism. Behind the window-dressing of Marama Davidson's race-based politics is a co-leader of a political party loyal to neoliberalism and the 'free market' .

Our present economic system threatens the viability of life on the planet and merely tinkering with the levers of 'the machine' is simply inadequate when we need to stop the machine itself. Significantly, Davidson had little to say about climate change as well - even though she is a founder member of the Global Alliance for a  Green New Deal (GND). But because she co-leads a political party that opposes a Green New Deal for New Zealand - because it cuts across its support for 'market environmentalism' - maybe she decided that this was best not talked about in front of the party faithful. For Marama Davidson and her fellow Green MP's, the GND is a four letter word.