THE POLITICIANS FIDDLE WITH THE POLICY SETTINGS WHILE THE PLANET BURNS 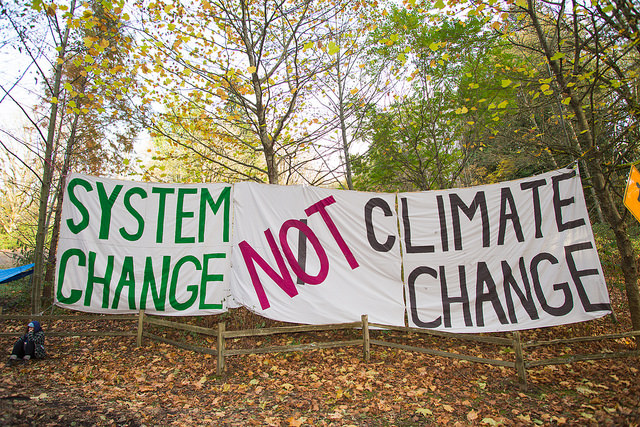 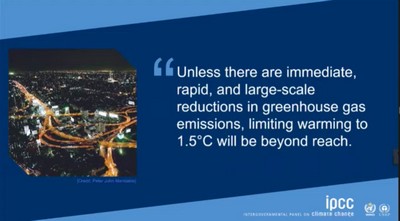 The increasingly urgent warnings from the Intergovernmental Panel on Climate Change tell us again that we need to throw the kitchen sink at climate change. Simply tweaking the policy settings will no longer do. We need a Green New Deal.

DESPITE THE DIRE warnings contained in the update to its 2018 report, the Intergovernmental Panel on Climate Change (IPCC) are telling us nothing that we didn't know already; the world is on the brink of an environmental catastrophe that we won't come back from.

The problem is that while the people have taken the warnings on the board and  are demanding more urgent and decisive action, the politicians have not responded. In September 2019 some 180,000 Kiwis, mostly school students, demonstrated over the lack of urgent and effective being taken by the Government. Despite the Minister for Climate  Change James Shaw commenting that he was staggered by the size of the protest and claiming that he was listening to the demonstrators, the Labour Government, backed by the Green Party, have been more concerned with keeping the capitalist machine chugging along. Now climate activist Greta Thunberg, who inspired the demonstration in New Zealand and similar demonstrations around the world, has called New Zealand out on its greenhouse emissions.  She has tweeted: 'New Zealand is one of the world's worst performers on emission increases. Its emissions rose by 57% between 1990 and 2018 - the second greatest of all industrialised countries'.

The real danger is that once the IPCC'S new update disappears from the headlines, it'll be a return to fiddling with the policy settings while the planet burns. Here in New Zealand we have a Green Party that isn't even prepared to campaign for a Green New Deal (GND), even though it is one of the signatories to the Global Alliance for a Green New Deal. The GND runs counter to the Greens 'pro market' policies and the corporate-friendly Green Party simply won't support any legislation that threatens the economic and political status quo.

The urgent warnings  issued by the IPCC tell us - again - that we need to throw the kitchen sink at climate change. Policy tweaks such as electric cars and carbon taxes simply won't cut it. We need to fundamentally reexamine our relationship to capital which is what a GND would allow us to do.

Unfortunately for our children we are up against people, backed by their political representatives, who have done very well out of our present economic system and are in no mood to let go. We will have to wrest power back from them.

As British Labour MP Zarah Sultana has tweeted : 'Just 100 companies are responsible for 71% of global emissions. The climate crisis is a capitalist crisis.We need system change to avert climate catastrophe.'

Where are the New Zealand politicians issuing similar sentiments?