OCCUPY : WE ARE STILL THE 99 PERCENT 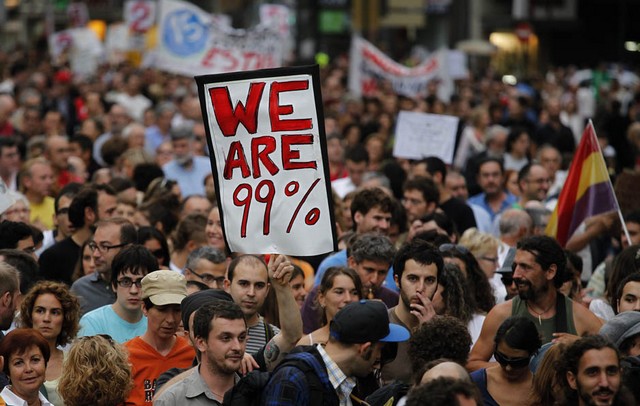 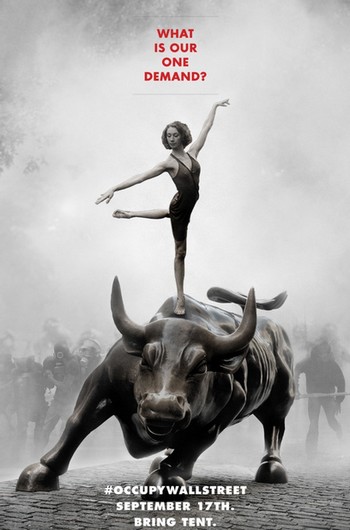 Ten years ago this month, the Occupy movement was born in New York...

ABOUT A month or so before the balloon went up, a friend in California emailed to tell me that 'something big' was about to happen and pointed me in the direction of some relevant websites. On September 6 I wrote on this blog :

'The occupation of Wall Street on September 17 is an exciting and inspiring prospect...This is a movement that embraces a diverse range of political views but if there is one fundamental message that people like us can take from it is this; the machinery of gradual reform is irretrievably broken and simply voting for a set of politicians every few years will only ensure that nothing changes.'

But I had no idea of how big and influential Occupy was set to become. I certainly did not envisage that it would become the  global movement that it did.

On September 17 2011 Occupy Wall Street set up camp at New York's Zuccotti Park. A multitude of similar occupations occurred throughout the United States. My friend in California got involved with Occupy Oakland - which was later violently attacked by the police.

While there were a diversity of political views within Occupy, it shared a common enemy - capitalism. The movement spread rapidly around the world precisely because capitalism is a global system and it screws all of us, everywhere, all the time. Unlike social democrats who once used to quaintly believe  they could build 'capitalism in one country', capitalism itself recognises no borders. Wrote John Molyneux for Irish Socialist Worker:

'The explanation for this global tidal wave of revolt is essentially very simple. The international capitalist system is in profound crisis and the 1%, the ruling class, everywhere is trying to make the rest of us pay for it and in place after place people are fighting back. From Tahrir to Oakland we are feeding on the inspiration of each other’s resistance. Confidence is rising and for the first time in a generation revolution is back on the agenda.'

In October 2011 thousands of people marched throughout New Zealand, including 3000 people in Auckland. There were also marches in New Plymouth, Wellington, Christchurch, Dunedin and Invercargill. Camps were also established, including one in Aotea Square in Auckland.

These were heady and inspiring days indeed and Time magazine named 'The Protester' as its 2011 Person of the Year. For a brief time we saw a glimpse of a world beyond capitalism. But ten years later, Occupy is no more. Was it a success or was it a failure? It depends on who you listen to. In truth, it was probably both.

Those who decided it was a failure were largely unsympathetic to its radical politics in the first place.  And not all the critics came from the right. Many liberals, deeply embedded in the machinery of 'politics as usual', were also hostile to a movement that wanted to overturn the status quo that they supported and benefited from. So we had someone  like Democrat -leaning journalist Andrew Ross Sorkin dismissing Occupy as a 'fad'. The author of Too Big to Fail wrote in the New York Times in 2012 that Occupy would go down as 'an asterisk in the history books, if it gets mentioned at all.'

In New Zealand Labour supporter Chris Trotter writing in the Press, also in 2012, claimed that Occupy would never gain traction  because  'New Zealand's 'one-percenters' have a lot less to answer for than the 1 per cent of Americans who control more than 20 per cent of that country's wealth.' Having thrown in his lot with the 'benevolence' of local capitalism, he went on to say he went on to say that Occupy would never possess anything more than 'novelty' value.

Beyond political prejudice though, there were valid reasons why Occupy failed. Not the least was its rejection of anything approaching an organisational structure and its refusal to formulate a set of concrete demands. My friend in California later told me she had some 'interesting' discussions with  several folk in Occupy Oakland - some who described themselves as anarchists - who had a deep seated hostility to her socialist politics. One journalist who covered Occupy extensively was deadly accurate in his summation  that 'Occupy subverted itself and imploded according to its own logic.'

In the end Occupy, like a lot of radical movements, suffered from 'paralysis  by analysis'. It was great at explaining a problem but weak on offering an alternative solution. While Occupy protesters were determined and imaginative and, simply by being there, were a visible opposition to capitalist politics, Occupy never really pushed  beyond the politics of spectacle. 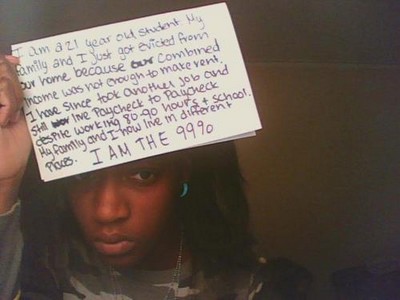 That said, there was a lot to admire about Occupy and it had a major impact on politics generally.  Union campaigns in the United States, for example, became markedly more militant. Management-friendly union officials found themselves being toppled by an increasingly radical rank and file.

In 2016 Bernie Sanders ran on a platform that borrowed heavily from the Occupy movement. Sanders campaigned on behalf of 'the 99 percent', a slogan born within Occupy.  He won tens of millions of votes and nearly half the US states in the contest for the 2016 Democratic presidential nomination - despite a now well - documented campaign by the Democratic Party establishment to sabotage his campaign in favour of the conservative Hillary Clinton.

While Occupy may be gone its anti-capitalist views and values have had a lasting impact on politics, especially in the United States. Socialists are increasing their numbers both in Congress and in state legislatures and the Democratic Socialists of America, the largest and most influential socialist political party in the US, continues to organise for electoral victories both at a local to national level. The fight to defeat capitalism goes on.

Occupy should remind us that we deserve a lot more than the charade of another general election where we are expected to vote for nothing more than the political party that will oversee the neoliberal economy.  Let's hope that it remains a reminder for those who profit from our present economic system that the 99 percent are not going away, and we are not going to give up.
Posted by Steven Cowan on Tuesday, September 21, 2021