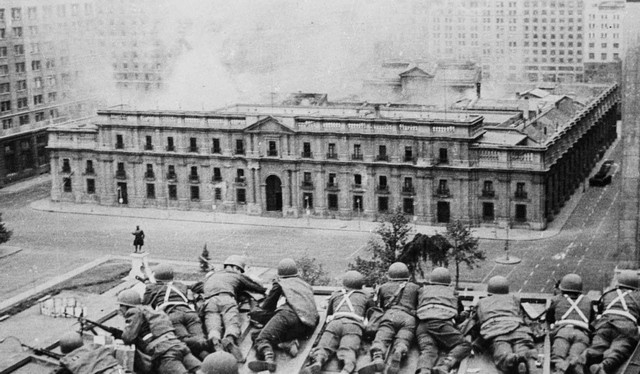 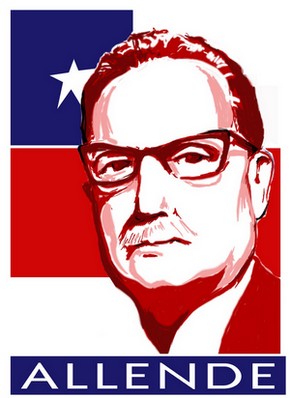 On September 11 1973 the Chilean military led by the US-backed General Augusto Pinochet launched a coup to topple the democratically elected socialist government of Salvador Allende.

THERE WERE NO PRIMETIME television documentaries for what has become popularly known as 'the other 9/11'. It wasn't mentioned on the six o'clock news bulletins. Perhaps they felt it was no longer relevant. Perhaps they baulked at reminding people that the United States has, historically, always been an aggressive imperial power that will topple other governments that oppose its interests. Or perhaps they were simply unaware of 'the other 9/11'. And, if that was the case, then its worth recalling Czech writer Milan Kundera's observation that 'The struggle of man against power is the struggle of memory against forgetting.'

But it was on September 11 1973 that the Chilean military led by the US-backed General Augusto Pinochet bombed the presidential palace in Santiago. The military assault led to the death of democratically-elected president Salvador Allende and the coming to power of Pincohet's brutal military junta and a seventeen year reign that saw the imposition of Washington's neoliberal economic policies and the suppression of democratic rights including the banning of trade unions and the 'disappearance' of thousands of leftists. It was a  dictatorship supported by the United States - the same United States now raising concerns about the disappearance of democratic rights in Afghanistan under the Taliban. And the same United States that continues to maintain severe economic sanctions against Venezuela in an attempt to topple the democratically elected Maduro government.

Salvador Allende's 'crime' was that he was a socialist leading a Popular Unity coalition government intent on reorganising the Chilean economy in the interests of the working class rather than protecting the interests of capital.

Elected in 1970, Popular Unity swiftly introduced a raft of progressive reforms. These included the nationalisation of some ninety industries, including the entire foreign-owned copper industry - responsible for over 75 percent of the county's exports. It also redistributed over five million acres of land to the poor, granted substantial wage rises to workers, introduced an array of welfare measures and began an extensive program to build affordable public housing.

None of this was acceptable to the rich and powerful. The United States feared a socialist government in Chile would act as beacon of inspiration and hope for other South American countries. President Richard Nixon ordered the CIA to 'make the economy scream,' in an effort to bring down the Chilean government.

Other countries were also involved in efforts to undermine and ultimately topple the Allende government. Recently declassified documents have revealed that the Australian Secret Intelligence Service opened a base in Santiago in 1971 and conducted covert operations alongside the CIA for eighteen months.

While his offices were being attacked by the Chilean military, Salvador Allende made the last speech he would ever make:

'Workers of my country, I have faith in Chile and its destiny. Other men will overcome this dark and bitter moment when treason seeks to prevail. Go forward knowing that, sooner rather than later, the great avenues will open again and free men will walk through them to construct a better society. Long live Chile! Long live the people! Long live the workers! These are my last words, and I am certain that my sacrifice will not be in vain.'

While neoliberalism retained its grip on the Chilean economy and society after Pinochet stepped down in 1990, the wind of change is now blowing through Chile. After a year of protests, Chileans voted in May to rewrite the current constitution, developed during the dictatorship of Pinochet. This hasn't impressed the usual suspects. The Financial Times, quoting anonymous 'economists' says that replacing the existing constitution would generate spending pressure to fund public services, and so 'threatened to undermine Chile’s fiscal discipline and orthodox economic policy.'

One of the lessons of Chile under neoliberalism has demonstrated is that it requires a political order subservient to the interests of the market. While that political order was violently imposed in Chile, in New Zealand it has been done peacefully through a 'representative democracy' that is neither representative or democratic. All our parliamentary parties are loyal to neoliberalism and protect the interests of capital, with next to no dissent in evidence. Little wonder that well over half a million New Zealanders have given up voting. Maybe they are waiting for a political party that is prepared to buck the 'neoliberal consensus' and propose a real economic and political alternative  to 'fiscal discipline and orthodox economic policy'.