WE'RE NOT 'ALL IN THIS TOGETHER' 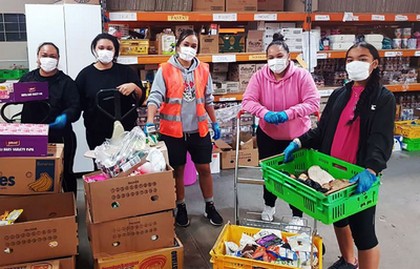 The only thing the coronavirus pandemic is doing is deepening the inequalities and injustices that were already in evidence.

'WE'RE ALL in this together,' recited Jacinda Ardern's former Chief of Staff on RNZ's Nine to Noon show on Monday, parroting his former employer. Neale Jones, who maintains a close relationship with the Government via his work as a lobbyist, is a weekly contributor to the Nine to Noon show and he invariably uses his spot to shore up the Labour Government's position on any matter you care to mention. Providing further ammunition for those (like me for instance) who think that RNZ is becoming something of a political ally of the Labour Government, he wanted listeners to know that the Government was doing a good job fighting the virus.

But, of course, we're not 'all in this together'. While Neale Jones might want us to continue  believing Ardern's increasingly shrill rhetoric that there is indeed a 'team of five million' engaged in fending off the advance of the delta virus, the pandemic has not been some great leveller. It has rather amplified already existing inequalities, injustices and insecurities  that have widened and deepened throughout this Labour Government's tenure.

As the lockdown turns into a clampdown squeezing the life out of the economy, no one is doing it harder than those who can least afford it; the young, the poor, the low paid. As the British socialist economist Grace Blakeley observes in her book Corona Crash, the rubble of this collapse will again fall on a working class that has also suffered the most from the 2008 financial crash.

Last year's  lockdown  saw  the Labour Government shovelling some $13 billion into the clamouring hands of the business sector. It was, as commentator Bernard Hickey observed, 'the biggest shot of cash and monetary support to the wealthy in the history of New Zealand, while giving nothing to the renters, the jobless, students, migrants and the working poor who mostly voted it in.'

Hickey will soon have to update his commentary; the business bailout this year - corporate welfare if you like -  will almost certainly dwarf what occurred last year. But, again, there's nothing for anyone else. There is no Covid 19 relief package for the working class. For some, like comfortably well off media commentators, the lockdown in Auckland might be inconvenient and stressful but it is a personal disaster for those who struggle to keep their heads above water even in ordinary times.

It has been left again to charities to provide assistance. The foodbanks in Auckland are all reporting an overwhelming demand with one foodbank worker saying that 'the people we help are living day to day, not just paycheck to paycheck.'

The Slovenian Marxist philosopher Slavoj Zizek writes in his book First as Tragedy, Then as Farce that charities have become a fundamental part of capitalism. But in a society permanently bedevilled by inequality and poverty, it does little to change the long term prospects of those in need. As Zizek says, a society propped up by charity only helps to prevent the real political and economic transformation that is required.

What we do know for certain that when this pandemic is over - whenever that may be - the rich will continue to prosper while the struggling and insecure will continue to do little but survive. The question is whether we are prepared to accept this? Are we going to meekly accept what Naomi Klein has described as 'pre-Covid 'normal' only much diminished'?  The choice could not be more stark and decisive: authoritarian capitalism or democratic socialism. But, given the liberal left's propensity for betrayal, we can expect it to cravenly continue to lend its support to Labour.