WHY JAMES SHAW SHOULD NOT ATTEND CLIMATE CHANGE SUMMIT 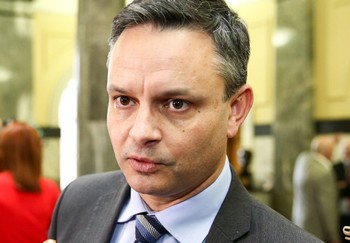 Climate Change minister James Shaw should not be attending the climate change summit in Glasgow, but not for the reasons that ACT leader David Seymour and Maori Party co-leader Rawiri Waititi have expressed this week.

GREEN CO-LEADER AND Climate Change Minister James Shaw should not be attending the Conference of Parties (COP26) summit on climate change in Glasgow, but not because his political opponents say he should not be going.

ACT leader David Seymour and Maori Party co-leader Rawiri Waititi have both criticised James Shaw's plan to travel to Scotland in November after the Green Party co-leader  condemned both National and ACT for insisting that Parliament should sit during alert level 4.

'Shaw is on record saying many people, such as teachers, have adapted to working over Zoom. It seem's that Shaw's regard for international conferences, this one being the 26th if its kind held, is higher than his regard for New Zealand's Parliament'.

But what has gone unnoticed by both the politicians and the media alike is that a call was also made this week for COP26 to be postponed. Climate Action Network (CAN), representing over 1500 groups, says the summit should be postponed because many of the countries most impacted by climate change would be unable to attend and it would be dominated by the interests and the concerns of the rich countries of the United Nations.

In a statement released this week CAN said that 'a safe, inclusive, and just global climate conference is impossible given the failure to allow vaccines to reach millions of people in poor countries, the rising costs of international travel and accommodation, and the uncertainty in the course of the Covid19 pandemic'. 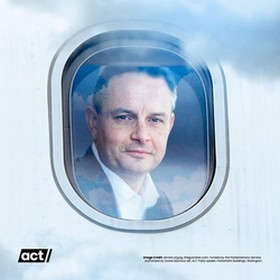 CAN has pointed out that COP26 would automatically prevent many government delegates, civil society campaigners and journalists from attending. This would be especially true for countries from the Global South, many of which are on the UK's Covid19 'red list'. Anyone who has been in a 'red list' country within the previous ten days would only be allowed into the UK if they were a British or Irish national or have residence rights in the UK. There are presently some 90 countries on the 'red list'.

There has always been an inherent power imbalance between rich and poor nations within the UN climate talks, and this is now compounded by the health crisis,' CAN's executive director Tasneem Esso told the media. 'Looking at the current timeline for COP26 and the logistical challenges, it is difficult to imagine fair participation from the Global South under safe conditions and it therefore should be postponed.'

Rich countries are blocking an effort by the World Trade Organisation to suspend the patent rights of the big pharmaceutical companies which would allow poorer nations to produce their own vaccines.
James Shaw should not go to COP26 both in solidarity with the poorer countries of the United Nations who would be unable to attend the summit and as a protest against the 'vaccine apartheid' that is preventing the Covid19 vaccine from being widely distributed within those same countries.