BARRY SOPER AND THE CRISIS OF LATE CAPITALISM 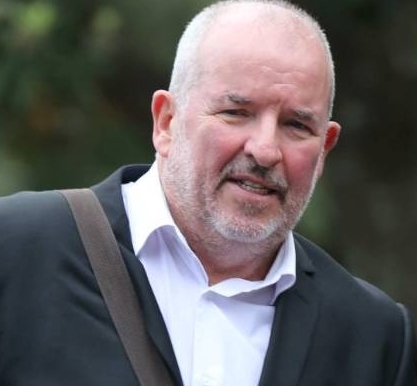 Labour supporters continue to complacently defend a centrist Prime Minister who has comprehensively failed to provide the economic and social transformation she promised when first elected in 2017. These days it has little to offer but empty rhetoric...and Twitter tirades against Newstalk ZB's Barry Soper.

THERE IS A LOT to get angry about in this country. For over three decades successive governments have worshipped at the altar of the market and the human cost of this devotion to neoliberalism is plain to see; growing poverty and inequality, a deepening housing crisis, environmental degradation and climate change. But such is the political myopia of the liberal class that revolves around Jacinda Ardern and her Labour Government what has moved it to anger this week has been none of these things. In the midst of a vicious pandemic its anger has been directed at...Newstalk ZB journalist Barry Soper.

That venom spilled out - where else? - in the social media. The opprobrium heaped on the head of Barry Soper was unrelenting. It was very similar to the treatment that singer Dave Dobbyn received after he expressed concern about forcing people to get vaccinated. Such was the hostility Dobbyn deleted his Twitter account.

While Barry Soper is on Twitter he makes only the occasional comment and obviously doesn't spend a lot of time on the platform. However that didn't stop his detractors from venting their spleens and having a real go at him. As one would expect from Twitter, the comments were nuanced and considered:

Tilly Martinborough (@TMartinborough) wrote 'Grow up Barry Soper. You've way passed your use by date. Judging by the 1pm presser today. Need a hearing test as well'. Thirteen people liked what Tilly had to say.

Raewyn Donnell (@RaewynDonnell) was brief and to the point: 'Who let Barry Soper into the presser? He's an arse.'

Meanwhile Miss Betsey Trottwood (@suzyiam) wanted  everyone to know that '...Barry Soper is a wanker everyday. At least has been since National lost...'

Kaz in Aotearoa (@KarinMary1) had a question for Barry : 'Are you and your wife actually OK? Your sort of psychopathic hate of the PM probably isn't doing either of you any favours health wise.'

What provoked the backlash was Soper's failure to recognise that Jacinda Ardern can do no wrong and, in the words of Martyn Bradbury of The Daily Blog, possesses qualities that are 'near supernatural'. Soper wanted to know why Ardern had failed to visit Auckland - and her own electorate of Mt Albert - during the now ten week long lockdown. His persistent questioning led to grimaces from the Prime Minister and a couple of attempts by her to rapidly move on to the much safer territory of a question from the friendly Jenna Lynch of TV3.

Soper's failure to behave in the servile and docile manner of many of his journalistic colleagues earned him the abuse from the likes of 'Kaz in Aotearoa'. There was support on Twitter for Soper but it was drowned out by the sheer volume of criticism and vitriol directed his way. However his Newstalk ZB colleague, Mike Hosking, did come to his aid. On his breakfast show he said:

'Kudos to Barry Soper for being one of the last remaining press gallery operators who actually knows how to ask a proper question and insist on following it up. If you saw it yesterday, the Prime Minister has lost the ability to handle it.

'She's so used to the soft soap acquiescence of the rest of the gallery who are either asleep, spineless or apparatchiks. She was well and truly taken aback when old father-to-be Soper rocks up with a few nerve inducing questions around why she hadn't been to her hometown in months. And why she hadn't visited the very electorate that sent her to Parliament to represent them.'

Hosking's comments are rather undermined by him displaying the very same 'soft soap acquiescence' toward Prime Minister John Key. But that still doesn't negate the fact that Barry Soper was just doing his job and highlighting the fact that many of his journalistic colleagues appear hypnotised by Ardern.

But beyond the usual tribal point scoring between the Labour and National camps lies a corrupt liberal class that long surrendered to the neoliberal status quo. Now it is more intent on shoring up the leadership of Jacinda Ardern even though she has completely failed to provide the economic and social transformation she promised when she was first elected in 2017.

There was once a time, lost somewhere in the midst of time but certainly before the election of the fourth Labour Government, when liberals actually believed that incremental reform was possible. They campaigned on the basis that a Labour Government could actually gradually move the country towards greater economic equality. I should know. I was once one of those very same liberals.

But the assault on the social democratic consensus also claimed the liberal class as one of its victims. Now all it does is provide some kind of legitimacy for a Labour Party that long ago sold out the working class.

While the country is blighted by long lines at the food banks, housing insecurity and homelessness, Labour liberals are now only stirred from their slumbers when a journalist refuses to be fobbed off by a Prime Minister who has become little more than the sum total of her contrived symbolic and emotional appeal.