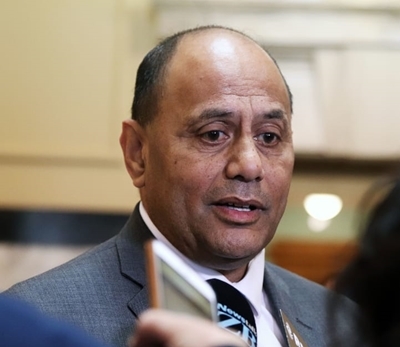 Combating the delta virus means making the right decisions but the Labour Government is making decisions that are politically motivated and wrong.They will have dire consequences for the most vulnerable among us, including Maori. But according to the Minister of Maori Development, Willie Jackson, his government is being 'pragmatic'.

DESPITE THE FACT that the Labour's Government neoliberal economic policies have and will continue to do next to nothing to enhance the lives of working class Maori, the Maori caucus within Labour has expressed little opposition to these policies. Indeed led by multimillionaire Willie 'I'm not a socialist' Jackson, it has lent its loyal support to the maintenance of the neoliberal order.

Intent on enhancing the political position of a Maori elite within the present political and economic order, the Maori caucus has had little to offer but boasts about the 'renaissance' of Maori culture. But introducing 'Aotearoa' as an alternative to 'New Zealand' while the state broadcasters add more Te Aro into their programming is not going to provide working class Maori with more affordable housing or put sufficient food on the table.

But the deliberate focus on Maori cultural identity helps to obscure the power of the political and economic elite, as well as protecting its interests. And the affluent liberal middle class is sitting pretty. It can continue to benefit from the neoliberal status quo while adopting the 'noblesse oblige' of a benevolent and caring overclass.

Given its failure to defend the economic interests of working class Maori, its hardly surprising that the Maori caucus should also lend its support to the Labour Government's disastrous approach to the delta virus pandemic. The decision to move from elimination to politically sustainable damage control, has left the most vulnerable among us further exposed to the virus. And that includes Maori and Pasifika.

The neoliberal polices of the past three decades have left many working class Maori in a precarious economic position and they have been abandoned further by this Labour Government's decision to drop Auckland to level 3. The virus has the potential to rip through working class Maori communities where poverty and overcrowded living conditions are widespread.

The Minister of  Maori Development's solution, such as it is, is to get Maori vaccinated. But Willie Jackson also acknowledges that the low uptake of the vaccine by Maori will mean it will be right in the firing line 'if' the virus spins out of control. Given the obvious signs that that's exactly what is happening, Jackson's endorsement of Labour's strategy of an overall 90 percent vaccination rate will mean that more Maori will get the virus. And there will be fatalities. Apparently, this is the price that will have to paid for what Jackson describes as his government's 'pragmatism'.

The assessment of Dr Rawiri Taonui of the current situation is far more accurate than anything on offer from Willie Jackson. Last week he wrote:

'While vaccination is important, the vaccination narrative is also a smokescreen for the Government’s premature decisions on September 20 to drop from level 4 to level 3, and on October 1 to relax level 3 restrictions. While we will need to live with Covid-19, attempting to do so when vaccination rates were as low as they were was a huge mistake that only fed the rapacious Delta outbreak.' 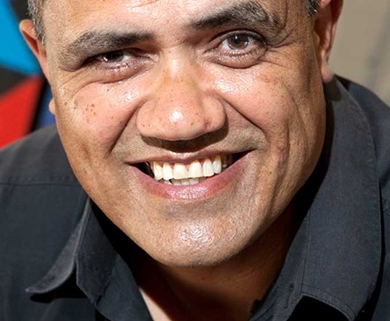 Dr Taonui is also right when he says that the level 4 lockdown would of defeated the virus:

'The paradox is that the rich, higher vaccinated, live-with-Covid West has increasing cases, while the lower vaccinated, poor, and developing world, which is maintaining ongoing guarded protocols, has declining cases – Africa down 18 per cent, Latin and South America down 14 per cent and Southeast Asia down 13 per cent.

What will stop Delta? Alert level 4. Had we stayed at alert level 4 in Auckland for a further three to four weeks we would have already beaten Delta. Contrary to the Government narrative that no-one has beaten Delta, other less-privileged countries are pushing Delta numbers down.'

But the decision by the Labour Government to drop Auckland to level 3 was based on political considerations that ignored the advice of its own health advisors. It succumbed to pressure from an insistent business sector demanding a loosening of restrictions. When the heat goes on, Prime Minister Jacinda Ardern is invariably looking for a convenient way out of the kitchen and back to her comfort zone of stage managed presentations and controlled public appearances.

But as Dr Taonui has also commented: 'Delta is not about politics. Delta is about making decisions that save lives. What will it take for the Government to do the right thing? Hundreds of cases and multiple deaths, a considerable number of which will be Maori.'