Home » chloe swarbrick » ecosocialism » green party » CHLOE SWARBRICK : CAN SHE PULL THE GREEN PARTY OUT OF THE NEOLIBERAL QUAGMIRE?

CHLOE SWARBRICK : CAN SHE PULL THE GREEN PARTY OUT OF THE NEOLIBERAL QUAGMIRE? 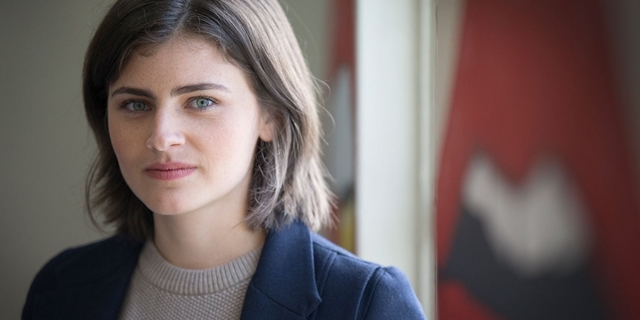 Can Chloe Swarbrick save the Green Party from market-led 'environmentalism'? And does she want to?

GREEN MP Chloe Swarbrick was out there in Auckland yesterday, encouraging people to get vaccinated. That might suggest she's in agreement with the Prime Minister and that comprehensive vaccination of the New Zealand population remains our 'ticket to  freedom' and a return to pre-covid 'normality'

However it was only last week, in an opinion column for the New Zealand Herald, that Swarbrick rejected the idea that the vaccination endgame was a return to the status quo. She wrote:

'Poverty, homelessness and the climate crisis are not inevitabilities. It is within our power to change the rules that produce those outcomes.'

A fortnight ago it was Mental Health Awareness Week and it  prompted Swarbrick to criticise attempts to accommodate 'solutions' to the mental health crisis, once again, into a neoliberal narrative that has only delivered deepening poverty and increasing inequality:

'Clearly, we need more front-line mental health support, but we're not going to address the growing pipeline of issues unless we address security and stability of incomes, housing and community connection. No amount of talking is going to solve the issue of people living below the breadline. A massage won't undo a deeply unsustainable 80-hour work week. Meditation and mindfulness won't secure your tenancy.'

And while Swarbrick has been happy to encourage people to get vaccinated she is less than happy that the Labour Government has bowed to pressure from business and abandoned its elimination strategy:

'Supporters argued that "the economy" couldn't sustain elimination anymore. I ask those people to reflect on exactly what they think the economy is....A strong public health response to anything – Covid, climate, housing, mental health, drugs – requires a strong, equitable economic response to ensure everyone has what they need to stay the course.'

I assumed that Swarbrick was simply agitating for a kinder and gentler capitalism - the kind of nonsense that is described as 'green capitalism' and continues to be peddled by the parliamentary Green Party. It is this approach that has seen Green co-leader and Climate Change Minister James Shaw prioritise corporate interests ahead of any meaningful attempt to combat climate change - and earned him a couple of rebukes from Greta Thunberg.

But, just a week ago, Swarbrick retweeted a 1994 comment from former Green co -leader, the late Jeannette Fitzsimon's. She was endorsing the Australian publication Green Left Weekly and wrote:

'If socialism is to survive as a relevant political movement in the 21st century, it must develop a response to the ecological crisis and a socialist strategy to build a sustainable future. Green Left Weekly provides the tools of information and analysis to make that possible.'

Given that Swarbrick has never expressed any support for ecosocialism in the past and has been happy, as a Green MP, to lend her support to a thoroughly neoliberal Labour Government, has Swarbrick had a political change of heart?

The ecosocialist movement has made significant strides forward in the more than twenty years since Fitzimmons made those comments. Many socialist parties and groups have adopted an ecosocialist manifesto and ecosocialist views have helped to shape the development of the Green New Deal, first promoted by US congresswoman Alexandria Ocasio-Cortez and others and since adopted by political parties throughout the world. 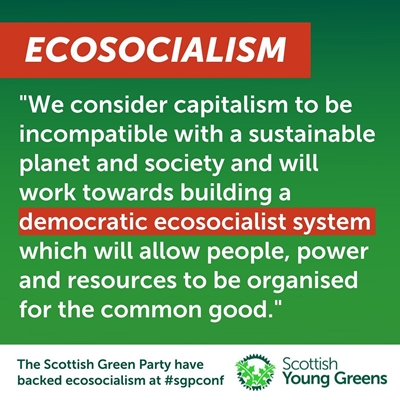 Yet while the environmental movement has been moving in the direction of ecosocialism, the New Zealand Green Party has been moving in the other direction. It has become a party loyal to what co-leader James Shaw would describe as 'market-led environmentalism'. Such is its conservatism it has failed to adopt and promote a Green New Deal for New Zealand.

If Chloe Swarbrick is not as enamoured with 'market environmentalism' as the present Green Party leadership, perhaps its time she started to put her views into practice.

I recently criticised her on Twitter for quoting writer and activist Naomi Klein, who is completely opposed to the kind of market-led policies being pushed by the present Green Party.  I was subsequently told by @taneoftheforest that 'Many greens support ecosocialism. That is why the Union Greens and greenleft network were formed.'

If that is the case they need to considerably up their game because they've had precious little influence on the political direction of the Green Party -which continues to be 'marshaled' by the corporate friendly James Shaw. Perhaps Union Greens and Green Left could join with Chloe Swarbrick to begin the much needed process of pulling the Green Party out of the neoliberal quagmire where it presently resides.