GRANT ROBERTSON : AUCKLANDERS ARE TO BLAME!

Deputy Prime Minister Grant Robertson says Aucklanders are to blame for the spread of the virus. Apparently it has got nothing to do with the Labour Government dropping Auckland to level 3.

IT WAS LESS than two months ago, on September 2 to be precise, that the Labour Government was telling the country that a drop in new coronavirus cases in Auckland could be attributed to the level 4 lockdown.

'The latest number is encouraging and does show that our alert level 4 lockdown is working, even against Delta,' the Director General of Health Ashley Bloomfield told a news conference.

Fast forward to today and we are beginning to see the dangerous consequences of the Labour Government's politically motivated decision to drop Auckland to level 3. There were seventy-one cases reported today, the largest number in six weeks. 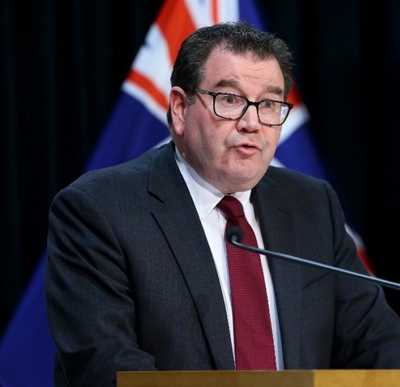 'We are on the exponential growth curve,'  epidemiologist and public health professor Michael Baker said two days ago. 'It's clearly going up in Auckland, and it’s not just the total cases but also the unexplained cases, which suggests transmission in the community is increasing.'

Professor  Baker was one of a number of epidemiologists who advised against lowering Auckland to level 3 - advice that this Labour Government chose to disregard.

At today's press conference the Director of Public Health Dr Carolime McElnay said that 'These numbers are sobering but not unexpected.' Which begs the question - what numbers are they expecting? Will we be told? Will we see the modelling?

At the same press conference Deputy Prime Minister Grant Robertson accused some Aucklanders of not obeying the rules, claiming that gatherings in homes could be blamed for the rise in cases.

But Mr Robertson, it was your Labour Government which relaxed the rules. It was your Prime Minister who prattled on about how Aucklanders could now enjoy picnics in the park and barbecues on the patio - a message that a docile media uncritically conveyed to the nation.

Did the Government, never mind the media, not even consider that the lowering of the levels would be interpreted by many Aucklanders as an indication that the crisis was over?

The problem is that this Labour Government has been listening to the noise coming from the business sector which is monotonously demanding a timeline for the reopening of the Auckland economy. This demand has been relayed on a daily basis through its cheerleaders in the media as well as by various politicians.

If you listen to business and the mainstream media you will quickly get the impression that everyone in Auckland is sick of being in lockdown. But we've heard next to nothing from the working class communities that will be hit the hardest by the spread of the virus.

I think epidemiologist Amanda Kvalsvig has got it right and that Jacinda Ardern and co should start listening to ordinary Aucklanders. Says Kvalsig :

'Before deciding on Aucklanders’ behalf that they’re too tired of lockdowns, let’s hear from Aucklanders. Let’s also hear from Maori, Pasifika, people with underlying conditions, people who are marginalised, and children and their advocates…'