WHEN THE GOING GETS TOUGH, JACINDA ARDERN RETREATS 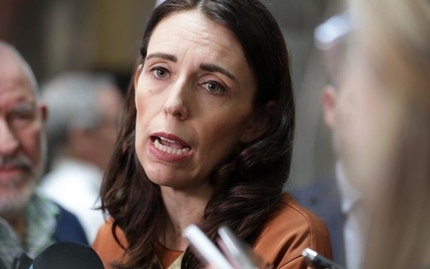 The decision of Jacinda Ardern and the Labour Government to drop Auckland to level 3 was designed to placate a clamouring business class, but it will be the struggling and the poor who will pay the heavy price for Ardern's familiar inability to stay the course once the going gets tough.

THE SAME MEDIA that was just a few days ago inanely babbling on about how Aucklanders could 'enjoy' a picnic in the park or a barbecue on the patio thanks to their level 3 'freedoms' are now having to report that these very new freedoms are allowing the delta virus to spread. Yesterday there were sixty new cases, 56 of which were in Auckland. The media forgot to mention that the virus could well be an uninvited guest at those picnics.

Epidemiologist Professor Michael Plank predicts that there is worse to come. I imagine the media won't be talking much about picnics and barbecues in the coming days but its already done enough damage by providing mixed messages about the gravity of the situation we find ourselves in.

We know that this Prime Minister does not like it when the pressure is applied and her immediate reaction is to look for the door marked 'Exit'. She did that when she caved in to business pressure and dropped any plans to introduce a capital gains tax. Her Government's feeble climate change policies, also designed not to upset business, have earned her the ire of those who thought she was going to take decisive action when she announced that climate change was 'the nuclear free moment of her generation'.

And now she has retreated on the pandemic. Even though most epidemiologists - including the Government's own advisors - warned it was far too early for Auckland to drop to level 3, Ardern did it anyway. Once again she buckled to clamouring business interests who continue to demand a timeline that will lead to the opening up of the economy.  The drop to level 3 was a sop to business interests. Ardern, the unreconstructed centrist that she is, went looking for the middle ground when there is no middle ground. The extremism of her centrism has simply invited the virus to spread.

Of course getting the population vaccinated is the only long term solution to fighting the virus but, right now and right here, the level of vaccination remains far too low for Auckland and other parts of the North Island to be at level 3.

In the meantime people will get sick and some people will die. If the situation rapidly falls apart, we could well see a under-resourced health system overwhelmed. While Ardern might continue to insist that the virus is some great leveller, we know that it isn't. It simply amplifies existing inequalities and injustices that have continued to widen under this Labour Government. While the lockdown might be an inconvenience for the likes of Newstalk ZB's Mike Hosking and Heather du Plessis - Allan, the loosening of restrictions means putting working class and poor households at further risk from this lethal virus. We're certainly not 'all in this together'.

This Labour Government should be doing everything it can to protect the most vulnerable. That it isn't doing exactly that underlines again where its real loyalties lie - with a business class itching to restore its profit margins again. The struggling and the poor will be forced to pay the heavy price of this pandemic.