Home » coronavirus » neoliberalism » WHERE'S THE FINANCIAL HELP FOR THOSE REALLY IN NEED?

WHERE'S THE FINANCIAL HELP FOR THOSE REALLY IN NEED? 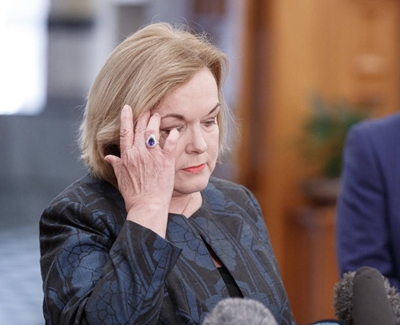 The politicians might be concerned about the financial viability of the business sector, but no one is shedding tears or coming to the aid of the increasing number of people desperately in need of financial assistance. Even a pandemic isn't enough to prompt the Labour Government into action.

THE LEADER OF the Opposition was shedding public tears this week, as she expressed her anger and concern about the number of Auckland businesses that are struggling to survive while others have closed up shop altogether.

Some Labour supporters accused Collins of playing to the cameras. I got the distinct impression from comments in the social media that some Labour supporters were not so much concerned about the tears but the fact that Collins was muscling in on Ardern territory. Apparently the Prime Minister is the only political leader that is allowed to show emotional vulnerability in public when the cameras are around.

But what cannot be contested is that National is prepared to put its money where its mouth is as far as the business sector is concerned. This week it also announced, if elected government, it would provide a further $4 billion in covid19 relief for business - as well as tax cuts.

Someone will have to pay for this, of course. National are also proposing $30 billion worth of spending cuts. More austerity, anyone?

This is not a rationale to support Labour  - or the docile Green Party that tags along behind it. Throughout this pandemic, and as the crisis has deepened, this Labour Government has condemned more and more New Zealanders to housing insecurity and homelessness and to the ever-lengthening queues outside the food banks.

This week it announced further generous financial assistance for business while providing  next to nothing for those who really need it. The $10 million supposedly earmarked for further hardship grants is a mirage. The Child Poverty Action Group (CPAG) have pointed out that the '...income limits for Hardship Support payments have been lifted, however these only are temporary, will reach very few people and the payments may be recovered putting families further into debt.'

CPAG spokesperson Associate Professor Mike O’Brien said in a press statement that the announcement would 'make very little difference to families as they are one-off payments: families need adequate regular income they can rely on.'

Meanwhile, beneficiaries have received nothing. Zilch. While the Labour Government is demanding that people step up to the plate and get vaccinated, it won't return the favour and step up the plate itself and provide the financial assistance desperately needed by more and more people. In the depths of a vicious pandemic, this is reprehensible.