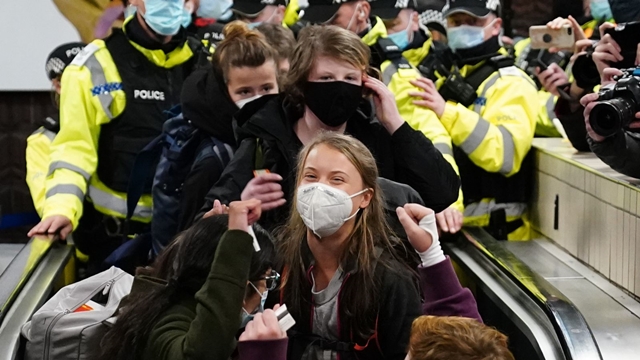 Greta Thunberg is a trenchant critic of carbon trading schemes, describing them as 'clever accounting and creative PR'. But it is such schemes that the Labour Government is relying on to supposedly halve its net carbon emissions by 2030.

CLIMATE CHANGE MINISTER James Shaw told the media that he hopes that Greta Thunberg will be supportive of the Government's revised target of halving its net carbon emissions by 2030. Shaw is being deliberately misleading because he knows too well that Thunberg does not approve of the methods being used to supposedly achieve the new target.

Because this is a Labour Government that is unwilling to upset the economic status quo and vested business interests, it is relying on the purchase of offshore carbon offsets to reach its new target. As much as two thirds of the reduction is estimated to be coming from carbon trading.

Oxfam, Greenpeace and Lawyers for Climate Action have all pointed out that the Labour Government is engaging in accounting trickery.

'Let's be real here, this is not our fair share. The government has changed the way they count our emissions reductions to make them look like they are doing more than they are.' says Rachael Le Musurie of Oxfam.

Greta Thunberg calls it 'creative carbon accounting'. In her formal address to COP25 in 2019 she criticised countries that were 'trying to find clever ways around having to take real action.'

'The biggest danger is not inaction; the real danger is when politicians and CEOs are making it look like real action is happening, when in fact almost nothing is being done apart from clever accounting and creative PR,' she warned.

Prime Minister Jacinda Ardern is a pale shadow of the figure who in 2017 declared that climate change was 'the nuclear free moment of her generation'.  Her attempt to spin this market-friendly number juggling as New Zealand 'pulling its weight' on climate change is risible.

The deception is to be condemned. And as COP26 unfolds against a backdrop of growing climate chaos and ecological degradation it is shameful that James Shaw, representing this country, should be trying to sell carbon offsetting as a solution to the crisis.

The ecosocialist movement, the very groups that will be protesting at COP26 and which Greta Thunberg supports, are calling for an end to the carbon emission schemes that this market-friendly Labour Government continues to support.

In her book This Changes Everything: Capitalism versus the Climate, Naomi Klein notes that carbon trading schemes create perverse incentives, allowing manufacturers to produce more greenhouse gases, just to be paid to reduce them. In the process, carbon trading schemes have helped corporations make billions - allowing them to directly profit off the degradation of the planet.