RNZ : TUNING OUT OF IDENTITY POLITICS 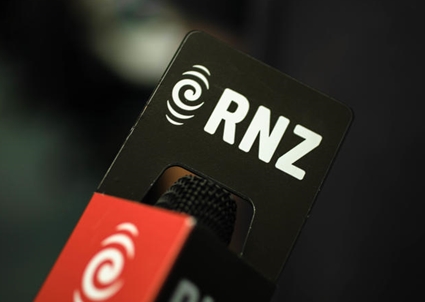 RNZ is in the midst of a ratings slump and its fixation with identity politics may well be the problem...

THE MANAGEMENT OF RNZ must be nervous about what the December ratings sweep will bring, especially for RNZ National.

The station is currently in the midst of a ratings slump which has seen RNZ National drop from having the biggest weekly audience share in the country to fourth. The last ratings sweep in May, saw the public broadcaster lose some 48,000 listeners - its second consecutive fall.

Once seemingly impervious to the challenges of commercial radio, RNZ National has been beaten into fourth place by news and talkback station NewstalkZB and the music stations The Edge and The Breeze. Perhaps more embarrassing for RNZ National is that its flagship show, Morning Report, is in danger of being out-rated by Mike Hosking on NewstalkZB. Maybe that's part of the reason why RNZ's Mediawatch seems to delight in highlighting the many failures and foibles of Hosking. It is a little like shooting fish in a barrel but there's also a sense that RNZ is aggrieved that NewstalkZB's total national weekly audience figure is now its highest ever -  and possibly at its expense.

To add to RNZ's worries the Minister of Broadcasting, Kris Fafooi, has indicated he expects better from the public broadcaster. In documents obtained under the Official Information Act by Newsroom, it was revealed that RNZ was 80,000 listeners short of what the Government wanted and demanded. In the competitive world of radio, that's quite a shortfall to make up.

So what has gone wrong at RNZ? Maybe the December numbers will reveal that RNZ National has arrested the ratings slide and RNZ management can relax again - then again, perhaps RNZ has been unable to stem the decline. But whatever the ratings show, it is undeniably true that the station's current difficulties have occurred at a time when the political complexion of RNZ has drastically altered.

While RNZ has, historically, leaned slightly to the liberal end of the political spectrum, it has largely remained committed to the traditional journalistic belief of giving truth to power without political favour.

But RNZ National has, almost imperceptibly and without any debate, been transformed from providing a platform for a diversity of views, the traditional role of a public broadcaster, to being a platform that now amplifies the perspectives of the liberal elite that occupy the upper echelons of New Zealand society. It has become home to a  journalism that has became fixated with culture issues, race and gender. In the process its tone has become so smug and exclusive that it is obviously alienating a large number of listeners who have departed elsewhere.

Commentator and blogger Chris Trotter made some similar observations about RNZ in February when he wrote:

'The sensible notion that, as a public broadcaster, RNZ should do its best to reflect the public, has been set aside, and in its place a regime of extreme cultural didacticism has arisen. National Radio is no longer a station where the broadest possible range of New Zealanders’ ideas and opinions is broadcast for their fellow citizens to hear and judge. The views of those who remain unconvinced by the new orthodoxies of identity politics have been rigorously filtered out, and those espousing them “de-platformed” with extreme prejudice.'

Towards the end of his career Joseph Pulitizer said that any journalism of  any value would 'never lack sympathy with the poor'.

But as New Zealand's level of poverty has deepened and its level of inequality increased, RNZ National has continued to show little interest in questioning  the neoliberalism that has allowed this to happen. Instead the station has become an enclave for a complacent and conservative middle class and RNZ reflects its concerns. None of them revolve around struggling to pay the rent or having enough food to last the week. 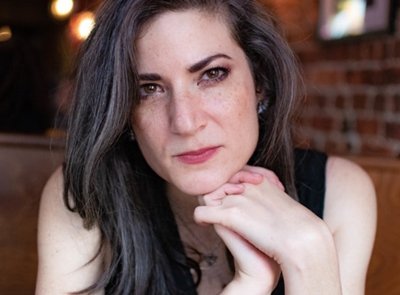 NZ's detractors on the right though continue to claim that RNZ has been captured by 'the left'.

Putting aside the obvious fact that this argument has been around since the days when the likes of Geoff Robinson, Wayne Mowat and Sean Plunket were behind the microphone - and it wasn't true then either - what has occurred instead is that RNZ National has evacuated the good old fashioned journalistic values of free inquiry and debate and replaced it with a journalism that is filtered through the prism of identity politics.

In her new book Bad News : How Woke Media is Undermining Democracy, Batya Ungar-Sargon argues that woke journalism helps to '...disempower the majority and takes their views off the agenda, which is antidemocratic. And it’s immoral because it asks us to put our race and gender identities before our common humanity, which is what the worst people to ever walk planet earth did.'

Ungar-Sargon, deputy opinion editor at Newsweek, describes herself as a socialist and says she would normally call herself 'a lefty' except that 'today’s left has by and large abandoned the working class to fight a culture war around issues of identity.' She says it is the failure of a journalism that deliberately avoids addressing issues surrounding economic class using a fixation with race instead to paper over a fundamental issue like growing inequality.

It is the perspective that dominates RNZ National and, if its declining ratings are any indication, many people have made their disapproval known and tuned out. And with the Labour Government seemingly intent on merging TVNZ with RNZ, we could well end up with a large public broadcaster entirely disconnected from the working class and its concerns.