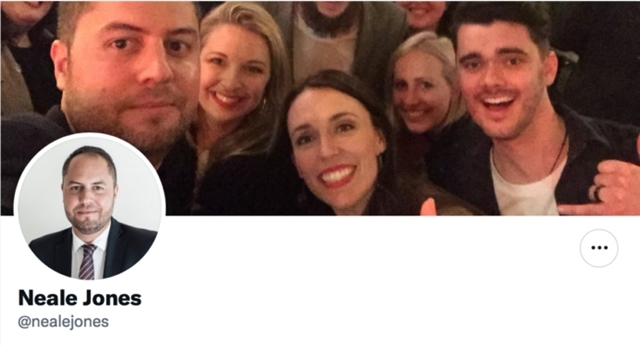 Food banks up and down the country are reporting a record demand on their services this Christmas. It provides yet more evidence that income support is desperately needed for those on low incomes and benefits. Corporate lobbyist Neale Jones though is opposed to such a measure, claiming it would cause a electoral 'backlash' against the Labour Government.

SOME THINGS  don't change - at least under our present economic and social arrangements. Last Christmas RNZ reported that 'Thousands of Aucklanders are desperately turning to food banks as increasing job losses wipe out family incomes.' This Christmas RNZ  has reported that the Auckland City Mission was  worried it would 'not be able to provide up to 9000 boxes of food and tens of thousands of presents for families who would otherwise go without this festive season.'  Missioner Helen Robinson told RNZ that the demand showed how many people were living without enough money for food.

This comes at a time when the wealthy have only amassed more wealth since the pandemic began. Commentator Bernard Hickey estimates that the country's rich elite have received some $20 billion in public money in the form of subsidies and handouts since the pandemic began. He estimates that the wealthy have grown even richer by a staggering fifty percent in the past two years. The Labour Government's claim that 'it has been difficult year for everyone' is, in short, a big lie.

Someone who is more than happy to defend this gross inequity is corporate lobbyist Neale Jones. He is Jacinda Ardern's former Chief of Staff and now CEO of Capital Government Relations and Associate Director (NZ) for Hawker Britton. Hawker Britton describes itself as  'the leading government relations firm with unrivalled expertise in government lobbying at a federal, state and territory level in Australia and New Zealand.'

Despite his obviously partisan politics and his corporate clients, RNZ has continued to use Jones as a commentator on its Nine to Noon show this year where he has invariably defended the Labour Government and promoted its policies.

'On Thursday it was announced that the recently departed Green Party Chief of Staff in Parliament, Tory Whanau, has become a lobbyist. She has joined the corporate lobbying group Capital Government Relations, which is headed up by chief lobbyist and political commentator Neale Jones. This latest shift from someone in a top Government role to corporate gun-for-hire indicates that the “revolving door” of vested interests keeps on spinning under the Labour-Green coalition. 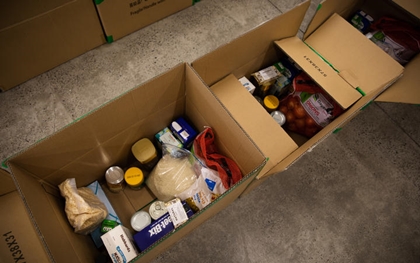 The CEO of Capital Government Relations, Neale Jones, was once Chief of Staff for former Labour leader Andrew Little. He then worked as Chief of Staff under new leader Jacinda Ardern, but moved to become a lobbyist when she became PM. Jones continues to dine out on his status – his social media publicity photo is a selfie with Jacinda Ardern, and he makes mention of his connections to Ardern in his media commentary and pitches to corporate clients, to indicate his closeness to power and decision-makers.'

Edwards pointed out this kind of activity is illegal in other countries but in New Zealand there are no rules 'to stop the “revolving door” of Beehive staffers shifting into lucrative corporate jobs to leverage their political connections and information.'

Jones is sensitive to criticism (he blocked this writer on Twitter several years ago) and he will obviously be aware that his role in promoting the interests of the Labour Government has received increased attention this year.

Last year Jones clashed with commentator Chris Trotter who argued for the introduction of a Universal Basic Income (UBI) in order to alleviate the economic hardship many were facing. But according  to Jones he could not '...think of a worse time to implement a UBI than in the middle of this economic crisis.'

Trotter responded: 'Neale says that being in the middle of a once-in-a-lifetime economic crisis is actually the worst time to consider a payment to every citizen to keep them and the economy afloat. The worst time. The problem is, Neale, there is never a best time for you guys.'

That was April 2020. Some eighteen months later Jones is still determined to see the working class doesn't get an even break.

In response to the widespread economic desperation out in the community, commentator Bernard Hickey tweeted this week : 'Yet the Govt still refuses to fully implement the recommendations of its own Welfare Advisory Group because it believes debt reduction is more important, as it keeps interest rates low and keeps asset values inflated.'

Neale Jones, laughably describing himself as 'a big supporter of progressive welfare reform', has defended the Government's position claiming that 'Labour sees a limit in how far and how fast it can go on welfare so as not to get too far of voters and cause a backlash'.

In the manner of a political functionary concerned that the trains run on time, Jones has put Labour's electoral position ahead of people's very welfare. But he's even wrong on this front as well. As @Liquid_Times has pointed out on Twitter a UMR poll in February found that seven out of ten New Zealanders believed that the government should increase income support for those on low wages or not in paid work. The chances of a electoral 'backlash', then, are remote. The only people who are willing to believe Jones are obviously the Labour Government itself and the corporate clients that he works for.