We're barely a month into 2022 and cancel culture has raised its ugly head again. This week popular podcaster Joe Rogan has been the target. 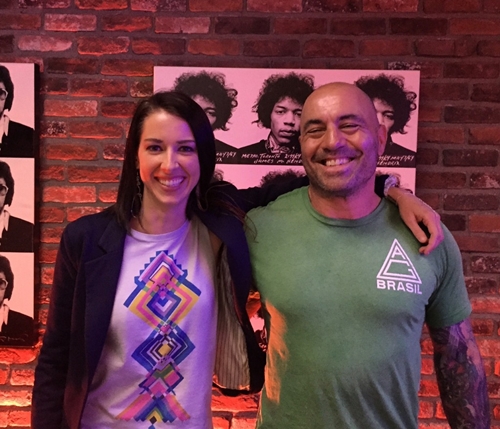 THIS WEEK'S ALTERCATION between singer Neil Young and the music streaming service Spotify has again brought to prominence the issue of free speech and the continued determination of the liberal left to try and shut down views they don't care for.

In the case of Neil Young he made it clear that he opposed podcaster Joe Rogan's views on coronavirus vaccination and demanded that Spotify remove The Joe Rogan Experience from its platform. While Young's song 'Rockin' in the Free World' has become something of a political anthem, apparently the singer is still prepared to deny Rogan's audience the freedom to listen to him. The podcaster has a daily audience of an estimated 11 million, far in excess of anything that either CNN or Fox News can muster.

When Spotify declined to do as Young requested, he demanded that his music be removed. The music streaming service has done just that. It has also removed the music of fellow Canadian Joni Mitchell. She has come out in opposition to Rogan in solidarity with Young.

Spotify was never going to agree to Young's demand especially since only last year it paid a reported $100 million for the exclusive rights to the show. It has also said that 'Spotify has always been a place for creative expressions. It’s important to have diverse voices and points of view on our platform.'

I don't agree with Rogan's views on vaccination but I also don't support denying him the right to express those views either. The enemies of free speech though all share a common fantasy that if you suppress the views of people you disagree with their supporters will all suddenly do a 360 turn and see 'the error of their ways'. This is magical thinking.

All the attack on Joe Rogan will do his convince many of his followers that he is right about vaccination. It will confirm to many that the authorities do have something to hide about the coronavirus and the fight against it.

On the issue of vaccination, as on all issues, you have to let people express their views - however strongly you might disagree with those views. You have to win people to your point of view by the force of argument and not by suppressing dissenting views. I'm both amazed and appalled that we actually have to defend such basic principles as this but the authoritarian impulse that drives the liberal left these days shows no signs of letting up.

Abby Martin was recently struck down with the virus, despite being vaccinated. But you won't find the host of The Empire Files joining any campaign to cancel The Joe Rogan Experience. She is well aware of the authoritarian follies of a cancel culture that thinks it can win a debate simply by ensuring no other views get a public airing.

Although the corporate media continues to provide her with next to no coverage, Abby Martin has appeared on The Joe Rogan Experience several times. She has talked with him  about issues such as identity politics, Israel's war on Gaza, and the reactionary politics of the corporate media. Abby has even talked about - pssst -  socialism.

Abby is one of long list of liberal and left wing guests who have appeared on The Joe Rogan Experience including Bernie Sanders, Tulsi Gabbard, Russell Brand, Edward Snowden, Glenn Greenwald and Neil degrasse Tyson.

And while Rogan does hold some conservative views, he's also pro-choice, anti-war, a trenchant critic of the corporate media's role in defending the political establishment and in favour of the Green New Deal popularised by congresswoman Alexandria Ocasio-Cortez.

Yet his liberal critics continue to caricature him as a right wing nutter. After he criticised Jacinda Ardern, Deputy Prime Minister Grant Robertson described him as a 'right wing extremist'. This week some Labour Party supporters have been insisting that Rogan is a 'Nazi'.  One Jacinda Ardern devotee tweeted that The Joe Rogan Experience is 'part of the Nazi pipeline'.

If you are looking for a uncomplicated and straightforward ideological narrative within The Joe Rogan Experience you will not find one. Rogan tends to assess issues on a case by case basis. That in itself is a problem for a liberal left that has embraced the intolerance of identity politics. It demands unswerving loyalty to its views and those who dare to transgress are deemed to be reactionary or worse.

Journalist Glenn Greenwald has appeared on the show several times and arrived at an accurate summation of Joe Rogan and his worldview:

'Every word he says, you can feel the sincerity of someone doing their best, and not always succeeding, to understand the world and all its complexities. In a world of scripted orthodoxies and partisan dogma, it’s easy to see why it resonates for millions.'