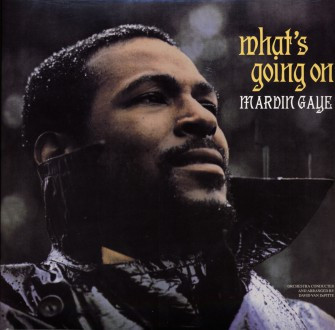 MARVIN GAYE'S 'What's Going On' was released on January 20, 1971. It topped  the Hot Soul Singles chart for five weeks and crossing over to number two on the Billboard Hot 100, it would sell over two million copies, becoming Gaye's second-most successful Motown song to date. The song topped Detroit's Metro Times list of the 100 Greatest Detroit Songs of All Time, and in 2004, Rolling Stone magazine ranked it the fourth-greatest song of all time; in its updated 2011 list, the song remained at that position.

The song, taken from the album of the same name, marked Gaye's move away from the traditional Motown sound. In fact Motown owner Barry Gordy, a fervent supporter of 'black capitalism', did not like the song's political sentiments, describing it as 'the worst thing I've heard in my life'. Gaye though refused to record any further material until the song was released and Gordy was forced to relent.