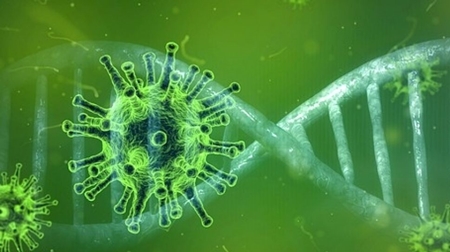 Prime Minister Jacinda Ardern says that we can't stop the spread of Omicron, but letting it rip is no solution either.

DR SIOUXSIE WILES has expressed real concern about the Labour Government's 'strategy' to combat the impending spread of Omicron throughout the country. She has rightly observed that simply moving the country into the red light setting  will do little to slow the spread of the virus.

Wiles though is being diplomatic. Having decided that the public has little appetite for further lockdowns and, more importantly, worried about the impact of such lockdowns would have on its own popularity, the Labour Government has decided to let Omicron rip throughout the community. The advance of the virus will go largely unhindered, with modelling suggesting that Auckland alone can eventually expect between 1800 and 2000 new cases a day. And this is a conservative figure.

The Government  has decided that the business sector cannot be expected to sustain any further hits from the pandemic  - even though it has been propped up by the Government for the past two years. So the decision has been made that it will be everybody else - you and me - who will have to bear the brunt of what is to come. We don't get any say in the matter.

The Government's public rationale for this approach is because Omicron seems to cause less serious illness overall compared to the Delta variant. But this contradicts the view of the World Health Organisation. It says that while Omicron may appear to be less severe than Delta, that still doesn't justify it being categorised as 'mild'. As WHO says, Omicron is still hospitalising people and it is still killing people.

And, as Siouxsie Wiles has pointed out, we know little about the long term health implications of the virus. But there is evidence emerging that what is now commonly referred to as long Covid can cause such problems as fatigue, muscle weakness, breathlessness, heart palpitations, digestive issues, mental illness and memory loss.

Some sufferers from long Covid recover in a relatively short space of time, between one and two months on average. But other sufferers show little sign of recovery over a year later. Some chronic sufferers can no longer take care of themselves.

As Siouxsie Wiles warns : 'What are we going to be finding in the future? We should not want to catch this!'

We also know that Omicron will hit hardest the more vulnerable among us; the immunocompromised, the elderly, those of us who will still have to work in unsafe environments. Living with Omicron also means that people will die with Omicron. The virus will not spare the most vulnerable if the Labour Government simply throws caution to the wind.

Jacinda Ardern and her Labour Government should take responsibility for what is to come. But it's doubtful that they will.