TIME TO WIN THE CLASS WAR 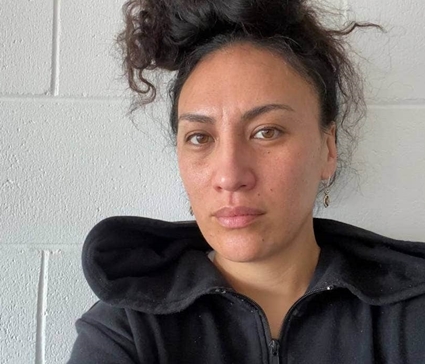 2021 was an uninspiring year for the New Zealand left and it had few real successes. What are the prospects for real change? As activists like Brooke Stanley Pao of Auckland Action Against Poverty recognise, there has been a class war in this country for a long time  - it's time the working class won it.

AS WE HEAD INTO 2022, the New Zealand left - such as it is - can look back on an uninspiring 2021. It can point to few successes and little evidence that it is making any advances.

It shouldn't be this way. The pandemic, now stretching beyond two years, has only intensified New Zealand's chronic levels of poverty and inequality. While the Labour Government has shovelled buckets of money in the direction of the already wealthy, there has been little assistance for those really in need. A Prime Minister who preaches 'kindness' at the drop of a hat, has turned a blind eye to the lengthening queues at the food banks and continues to defend her government's conservative economic policies.

In his new book Too Much Money Max Rashbrooke observes that the one per cent are far richer than the rest of us think they are. He says that what appears to be a deliberate government policy not to collect data on wealth distribution, combined with the army of accountants employed to hide the financial affairs of their wealthy clients, has allowed the rich elite to obscure the true extent of their wealth.

Instead of the top 10 percent owning some 59 percent of the wealth, as suggested by Statistics NZ estimates, Rashbrooke says they probably own around 70 per cent of it. He thinks that, instead of owning 20 per cent of the total wealth, the top one percent probably have closer to a quarter of it.

As Brooke Stanley Pao of Auckland Action Against Poverty said last year: 'We live in a really entrenched class society, and people only mix with who they know. Class divides our society and we've been blinded by it.'

New Zealand's chronic level of inequality should be a fertile territory for the left to build its forces and forcibly present a real class-based economic alternative to the neoliberal consensus that has strangled the country for the past three decades. And while there have been isolated issue-based campaigns, some more successful than others, they have invariably failed to gain any wider political traction.

The problem remains the Labour Party. Despite the fact that it is little more than a neoliberal party, it continues to be backed by a trade union hierarchy that claims to represent the best interests of the working class. And while many 'progressive' activists might be critical of this Labour Government's policies in between elections, that doesn't prevent them from campaigning for Labour in an election year. Indeed to someone like 'progressive' Martyn Bradbury of The Daily Blog Jacinda Ardern was a 'winner' in 2021 and is 'deserving' of our vote in 2023. This is not a rallying call for change but a limp surrender to the status quo.

The good news is that while 'lesser evilism' might allow Labour supporters to look in the mirror and delude themselves into thinking they are not selling us out once again, it doesn't convince the growing number of New Zealanders seeking real change. Faced with a slate of parliamentary parties that remain loyal to 'the market' some nearly 700,000 New Zealanders have decided that exactly none of those parties will ever get their vote.

There is, then, a vacuum on the left. But the left's failure to provide any tangible leadership or any real rallying point for the thousands of New Zealanders fed up with 'business as usual' also opens up the opportunity for a populist right to step in as the supposed economic saviour.

Any real solutions do not reside among the present set of market-loyal parties sitting in Parliament. And its not too harsh to say that the enemies of the working class do not all reside on the right of the political spectrum. They are also those who continue to peddle Labour or the Green's as the only route to change. That is the road not only to nowhere but to potential disaster.

As activists like Brooke Stanley Pao recognise, there has been a class war in this country for a long time  - it's time the working class won it.