THE LIBERAL LEFT HAS LOST ITS MIND 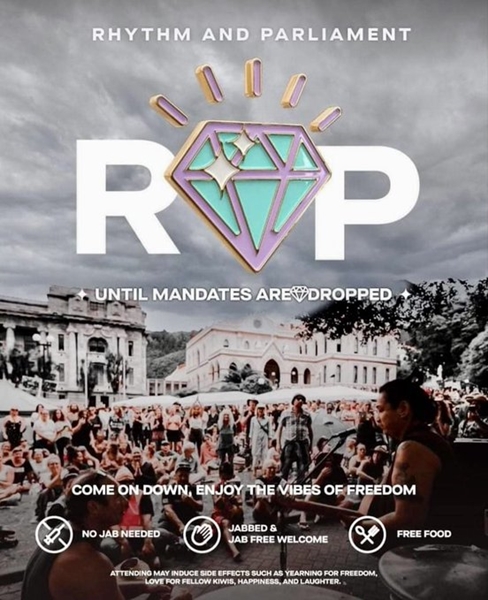 In its pursuit of Nazis in every occupation tent, the liberal left has displayed a politics that is anything but liberal.

THE NEW ZEALAND liberal or woke left, most of it directly connected to the Labour Party or supportive of it, has lost its mind. How else can you explain its maniacal pursuit of 'right wing extremists', 'Nazis' and 'white supremacists' within the several hundred people dancing to Bob Marley on Parliament grounds? When Rob Muldoon used to be mocked by Labourites for looking for 'reds under the bed', today's Labourites are worthy of our derision as they hunt for Nazis in every occupation tent.

It has led to such bizarre behaviour as complaints in the social media that the demonstrators 'have no right' to play songs like John Lennon's 'Give Peace A Chance'.

Even those not involved in the occupation have found themselves being accused of Nazism or, at least, giving comfort to the far right. So someone like academic and commentator Bryce Edwards who has been walking amongst the demonstrators, talking to them, and uploading video to social media, has found himself being attacked by the liberal left.

One of his 'critics' has been Clint Smith, former Senior Policy and Communications Strategist for Jacinda Ardern. He has fired off a series of abusive tweets at Edwards including this 'pleasantry' : 'whenever you're feeling self-doubt, remember that at least you're not Bryce Edwards - the country's worst political analyst and, now, useful idiot for would be murderers.'

Similarly, daring to support the eminently reasonable views of veteran journalist Barry Soper of Newstalk ZB will likely find you being accused of fraternising with the enemy. That's something Labour-supporting commentator Chris Trotter has accused me of. What can I say? I'm guilty as charged.

Soper's crime? Daring to argue that 'The protesters are not threatening, the ones I spoke to didn’t agree with me but we all have the right to our opinions. Of course there are a few rat bags but they’re the minority.'

What the liberal left has been demonstrating is something other than liberalism. It instead owes much to the scourge of identity politics. It has displayed a toxic politics that's profoundly anti-working class and which has jettisoned tolerance and free debate for  shaming, threats and intimidation. While the folk at the occupation have been remarkably optimistic and good humoured in the circumstances, the liberal left has been petulant, joyless, trivial and status quo-perpetuating. You can easily imagine the likes of Clint Smith sitting in front of his laptop in a blue funk, smoke coming out of his ears.

More disturbingly though, the liberal left has displayed a willingness to unleash state violence against dissenters. The mask has come off to reveal something very ugly. On the very first day of the occupation Labour friendly commentators Morgan Godfery and Chris Trotter were calling for the big crackdown from the police. Eight days later there have been calls for the army to be sent in to evict the demonstrators.

At the same time  a former Labour MP Darien Fenton is tweeting : 'What would you prefer? Macarena or Tear Gas and Rubber Bullets?'

The liberal left has indeed lost its mind. What we have seen on display for the past eight or so days is a motley rabble of cowardly keyboard warriors who are seeking to extinguish an emerging independent working class politics that owes no allegiance to the political status quo that the woke left benefits from. This is the real 'crime' of the Wellington occupation.