THE GREEN PARTY : STUCK IN THE MIDDLE WITH JAMES AND MARAMA.... 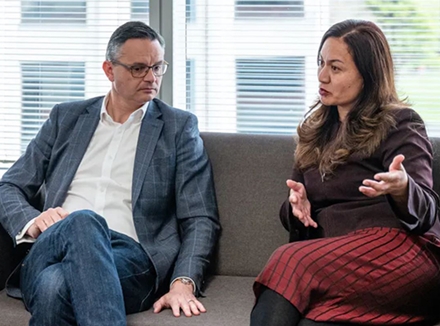 While the planet burns, the Green Party thinks about changing the composition of its leadership and another blow is struck for political irrelevancy.

GIVEN THAT the ideology of identity politics swept through the Green Party some time ago, it seems almost inevitable that out of the swamp of confused woke thinking there should emerge a proposal to change the male and female co-leadership to one where the male position will be replaced by one open to 'any gender'. And, according to conservative columnist Matthew Hooton, one of these two positions will have to filled by a Maori. If this is true it will be good news for the consistently under-performing Marama Davidson.

The proposals, such as they are, appear to be driven by the Green MP's. This isn't surprising because they have a bad habit of acting independently of the party membership. These self-proclaimed 'progressive' politicians continue to act in a decidedly unprogressive and autocratic manner as far as the decision making process is concerned. Indeed one of the main criticisms of disillusioned and departing Green Party members, some in senior positions, has been that the party executive has not held the caucus and leadership to account over policy decisions.

In January former policy branch member Megan Brady-Clark told RNZ that 'It's not clear that the Greens are currently offering something meaningfully different from Labour. If voters are disgruntled with Labour at the next election, they're going to be looking for a clearly articulated alternative - where is it?'

The Green Party constitution says that rules cannot be 'amended, altered, or rescinded except at Conference or a Special General Meeting of the Party and by a resolution passed by a majority of not less than three fourths of the persons present and entitled to vote.'  But no doubt supporters of changes to the composition of its leadership will ensure that any Special General Meeting is stacked in their favour.

We should note that present leadership have a flexible attitude to the  party's constitution. Both James Shaw and Marama Davidson continue to defend the neoliberal status quo despite the fact that its constitution says that it must acknowledge '...that unlimited material growth is impossible, therefore the key to social responsibility is the just distribution of social and natural resources both locally and globally..'  How this squares with  the Green's support for neoliberal capitalism is anyone's guess. 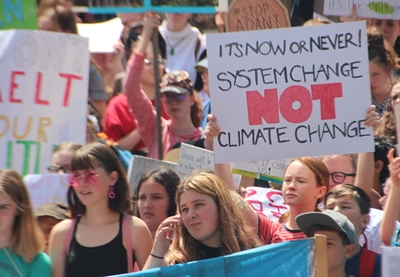 At a time when we are confronting a profound and deepening climate crisis and one we are in danger of not overcoming if we carry along our present path, the question that Green Party members should be asking is what kind of policies do they want their party to be pursuing. That should determine who should be leading the Green Party - not their ethnicity or gender.

If that's the kind of the Green Party they want then they should elect leaders that reflect such views, regardless of their ethnicity or gender.

Such a forward-thinking Green Party would be popular with the electorate. We only have to go back to September 2019 when 170,000 people demonstrated throughout the country demanding more radical and more urgent action to tackle climate change. Despite assurances by Climate Change Minister James Shaw that the Government was 'listening', it has continued to pursue the neoliberal orthodoxy.

But there has been a lot of cynical rhetoric from the present leadership. Last year Marama Davidson told demonstrators outside Parliament that the Greens wanted 'overall system change' to 'make our world a better place.”'

She went on to say: 'Climate justice is about transforming a system that for generations has concentrated power and wealth for short-term profit and gain, and only into the hands of a few.'

But Davidson has demonstrated time and time again that her deeds fall well short of her words. In practice, she has done little but promote the Green's climate policies that defend the interests of the rich and powerful at the expense of the planet - while at the same time denying that the Green Party is in any way 'centrist'.

Removing the rot at the top of the Green Party would require a groundswell of opposition from the grassroots. But the continued passivity of the Green Party membership doesn't augur well for such revolt. That's especially true since many its most active and critical members have left the party, dissatisfied and angry with the conservative direction that the Green Party has been taken by the present leadership and supported by their fellow Green MP's.