Home » jacinda ardern » labour party » WHEN THE MAGIC IS GONE

WHEN THE MAGIC IS GONE 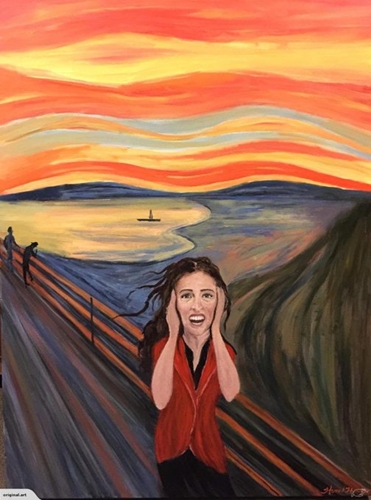 Even a loyal Labour supporter like commentator and blogger Chris Trotter is speculating about Labour losing next year's general election...

WHILE I likened Labour's 2017 election campaign opening to a Britney Spears concert and warned that Jacinda Ardern would not be the left's political saviour that her supporters claimed she would be, other people had other ideas. One of those people was prolific pundit Chris Trotter.

Having attended that very same election campaign opening, Trotter rushed home to his keyboard to write:

'That Jacinda Ardern has the 'Magic' is not now in dispute. Labour’s campaign launch proved it many times over. Not only in terms of the 200m-long queue stretching back from the Auckland Town Hall doors. Not only because the whole event went off without a hitch. Not only because Jacinda’s speech was an absolute blinder. The Magic resides in the fact that everyone involved in the launch: the organisers, the media, the audience itself; had turned up anticipating a triumph.

'The mantle of success has already been draped over Jacinda’s shoulders. Victory advances towards her with arms outstretched. Her followers are convinced they know how this year’s election is going to end. She has filled them to the brim with hope. That’s the Magic – that’s the trick.'

Intoxicating stuff. And a tired and emotional Chris Trotter was excited enough to conclude that Ardern had displayed 'a clear determination to not only participate in history, but to shape it.'

Meanwhile yours truly was being criticised in the social media by Labour supporters for daring to suggest that Ardern had never been more than a centrist politician and wasn't about to change her spots now. I was attacked for my apparent 'cynicism' and 'ultra-leftism' and advised that this was a 'historic opportunity' to bring about 'real change'. I was even hit with the mindless nonsense about 'if you don't vote, you have no right to complain'.

Some four years later Chris Trotter's triumphant rhetoric of 2017 has been replaced by some rather more downbeat speculation about Labour losing next year's general election and who might even replace Jacinda Ardern. I'm guessing that when he talked of Ardern shaping history that didn't involve her being dropped on the rubbish dump of history.

But, ever the Labour supporter, Trotter can't help but clutch at straws. He also suggests that maybe the 'residual strength' of Ardern's 'magic' will yet pull a election victory out of the jaws of defeat.

Given that this Labour Government has been a determined defender of the status quo, one wonders why Trotter is so concerned about Labour getting a third term. It must only be about keeping National out of office. At this point he is not so concerned about the state of the clubhouse but only about who is actually occupying it.

'Regardless, if Ardern continues with the incrementalist approach, her administration, which leverages international recognition for domestic legitimacy, may come to represent yet another failure of the globe’s vaunted new breed of liberal democrats. Barack Obama, Justin Trudeau and Emmanuel Macron each, like Ardern, spoke the language of “hope” and “change”. Yet, ultimately, all further entrenched a poisonous status quo.'

The verdict was always going to be predictable. Jacinda Ardern's Labour Government represents yet another failure of centrism. But its working people who have been hit with the economic consequences of that failure.

This is a Labour Government that has feared even taking one step forward, but has always been prepared  to take two steps back. While this Labour Government might preach so-called 'moderation', the problems the country is facing, like climate change and growing economic inequality, are anything but moderate. Radical solutions are required.

In 2017 Jacinda Ardern might have falsely promised real change and was cheered on by the likes of Chris Trotter, but next year she'll have to defend her Government's economic track record which has seen the rich get richer while the lines at the food banks have lengthened. Expect then a unpopular leader with no real agenda other than more of the same to rely on 'culture war' politics and her usual media stunts in an effort to stave off an election defeat.