Home » golriz ghaharman » representative democracy » A DEMOCRACY IN NAME ONLY

A DEMOCRACY IN NAME ONLY 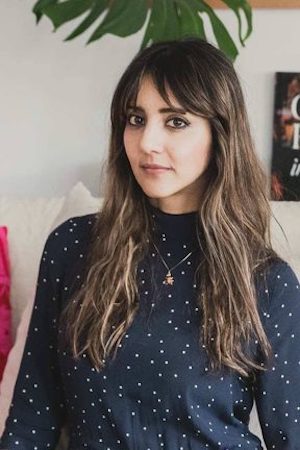 Green MP Golriz Ghahraman wants to 'strengthen' a representative democracy that has already failed us.

“Odd,” said Arthur, “I thought you said it was a democracy.”

“So,” said Arthur, hoping he wasn’t sounding ridiculously obtuse, “why don’t the people get rid of the lizards?”

“You mean they actually vote for the lizards?”

“Because if they didn’t vote for a lizard,” said Ford, “the wrong lizard might get in.”

From So Long, And Thanks For All The Fish by Douglas Adams.

The problem with this bill, such as it is, lies in the title. Strengthening democracy? Is that the same representative democracy which confines our political activity to voting once every three years for a slate of pro-market parties? Is this the same representative democracy that over 700,000 New Zealanders have decided isn't actually democratic or representative and no longer vote? Is this the same democracy that will  next year see us given the 'choice' of government led by one of two major political parties who have converged both in their politics and policies. It will also be an election when the Green Party will be hoping to shuffle alongside another Labour Government. And achieve very little. Again.

Ghahraman, whose Green Party has a stake in maintaining the status quo, doesn't acknowledge any of these concerns. According to her, 'New Zealand proudly has a strong democratic system, our MMP system is rightly representative.'

It doesn't appear to have occurred to her that its a strange sort of democracy that, regardless of the political party you vote for, you still end up with a conservative  and neoliberal government. And its been like that for the past three decades.

So Ghahraman's bill does little but propose some adjustments to our present democratic system including enabling Maori to switch electoral roles at any time, giving all prisoners the right to vote, strengthening the rules around party donations and lowering the voting age to sixteen.

We shouldn't be under any illusion that any of  these proposed reforms cure the malaise of a representative democracy that has been captured by the political elite.

As a politician whose concept of politics is based on decisions arrived at and imposed 'from above', Ghahraman's proposed reforms would actually strengthen a elite-driven  democracy under the guise of supposedly strengthening and consolidating our so-called 'popular democracy'.

Even the proposed reform that proposes dropping the electoral threshold for a candidate or political party from five percent to four, would only provide a minor party like the Green's a more comfortable route to remaining in Parliament. In a country which is absent a mass party of progressive and left wing orientation, lowering the electoral 'bar' would pose no threat to the political establishment.

We live in a country where corporate interests have captured the political system and the political elite are more disconnected from the mass of the population than ever before. As a member of that political elite, we should not be surprised that not only does Ghahraman  not address these issues, she thinks our democracy is so great its just need a bit of tinkering to make it even better. In reality, the engine is stuffed.

The fact remains that the concentration of capital - and political power - in fewer and fewer hands means ordinary folk cannot exercise any real control over the governments that claim to represent them. In our so-called 'representative democracy' the conduct of politics is actually the expression of concentrated economic power.