THE EMPTY AND DISHONEST POLITICS OF CENTRISM 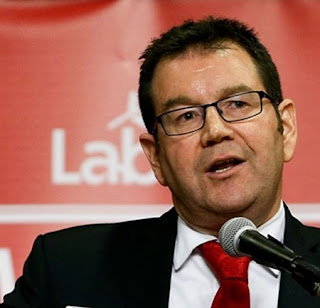 What commentator Shane Te Pou and Labour MP Duncan Webb describe as 'socialism' is the same  anaemic centrism that the Minister of Finance Grant Robertson subscribes to.

BRYCE EDWARDS recently wrote about how the Minister of Finance Grant Robertson gutted a Billy Bragg song of its socialist politics in order to justify his own anaemic centrist politics.

The song in question is 'Between the Wars' and Robertson lifted the line 'Sweet moderation; Heart of this nation.' Robertson headlined his newspaper column  'We can be a nation of sweet moderation – but only if we keep working at it.'

Robertson is apparently a fan of the UK socialist singer, the same singer who campaigned hard to get Jeremy Corbyn elected UK Prime Minister. That's the same Jeremy Corbyn whose left wing economic policies Robertson dismissed as unrealistic and unsuitable for New Zealand. Bryce Edwards observes of  Robertson's (mis)appropriation of a Bragg song:

'What Robertson misses about Bragg’s song is that it’s actually a critique of politicians like Robertson, who fail to side with the poor. Bragg’s song calls for a proper welfare state “from the cradle to the grave”, and it criticises governments who deny workers “a living wage”. The character in the song recalls: “As times got harder; I looked to the government to help the working man”, but the Government failed to help the poor and instead helped the wealthy.

'This is, of course, what Labour has generally done since 2017. And yet again, it’s what Robertson did last week with his Budget that did very little for the poor and working class, but which was well received by business.'

Unfortunately Grant Robertson is not alone in dressing himself in the garb of socialist or left wing politics while pursuing policies that are diametrically opposed to the ideals and objectives of a socialist agenda.

The morning after Budget 2022 I was scanning the mainstream media in order to learn what the general reaction had been to Robertson's budget. I normally don't watch TVNZ's Breakfast but I stumbled upon an exchange of views between right wing commentator Matthew Hooton and the supposedly 'left wing' Shane Te Pou.

Te Pou is a former trade unionist, a campaign manager for the Labour Party and a Labour Party candidate. These days he's a company director and a landlord. He also writes a regular column for the NZ Herald and pops up as a pundit on a range of media outlets including TVNZ, Maori Television, RNZ and Newstalk ZB. There is small cabal of commentators that monotonously appear in the media offering predictable establishment-friendly opinions. Te Pou is an active member of that cabal.

He has been a consistent defender of the present Labour Government ever since it was elected in 2017 and he was vigorously defending the Budget on Breakfast. He denied Hooton's legitimate criticism that the $350 payout was a sop to wavering middle class Labour supporters. He also denied Horton's charge  that the Labour Government had abandoned beneficiaries and the poor. For one moment it was Hooton who was arguing from a left wing perspective and it was Te Pou who was defending the status quo.

On his Twitter account Te Pou describes himself as a 'proud socialist'. I tweeted that while he might call himself a socialist, it was a strange kind of socialism that defended a neoliberal Labour Government. Te Pou huffily responded 'I do my best by fronting up arguing the case for the left often amongst the very best the right have. It might be shit but I do my best.' 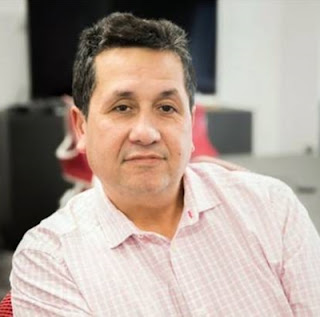 So, according to Shane the Socialist, he's fighting the good fight for the left and is just 'doing his best'. I guess I'm supposed to feel ashamed for ever doubting his principled intentions. The difficulty is that Te Pou is being economical with the truth. While he might describe himself as a socialist, in 2018 he defined himself as being part of the 'progressive Labour right'. He wrote:

'The old conservative Labour left wants us all on the welfare hook and unable to get off because that’s the way to make us docile Labour voters for life. Those of us on the progressive Labour right need to stand up for Savage’s original vision and for tino rangatiratanga in our own lives. I don’t want to be the last socialist left standing as I say welfare should be about helping poor.'

What Te Pou advocates isn't socialism but centrism. It accepts completely the ideology of neoliberalism and the capitalist economy, while supposedly trying to govern with a 'social conscience'. This is Grant Robertson's politics of 'sweet moderation'. This is a politics that has accommodated itself to the values and interests of 'the market'. That's the Labour Party of today and that's the politics of Shane Te Pou. He's no more a socialist than Grant Robertson.

Centrism is not a philosophy. It’s a position based on calculation. It doesn’t start with fixed principles. It measures where everyone else stands on some political spectrum at a given moment and then frantically adjusts. It's the politics of Jacinda Ardern.

But Shane Te Pou is not the only faux socialist doing the rounds. Last year, in a 'remarkable' parliamentary incident, several Labour MP's also declared themselves to be proudly socialist.  They included Wairarapa MP Kieran McAnulty, New Lynn MP Deborah Russell and Tukituki MP Anna Lorck. Christchurch Central MP Duncan Webb proudly piped up that 'There's so many of us great socialists on this side of the House.'

Perhaps this motley lot can get away with this self-serving nonsense because the country lacks a genuine mass left wing party advocating real socialist policies. If we had such a party then charlatans like Shane Te Pou would be forced to walk the walk. Or just shut up.