Home » abortion » golriz ghahraman » martyn bradbury » GOLRIZ GHAHRAMAN AND MARTYN BRADBURY : MAKING AN ISSUE OUT OF NOTHING AT ALL

GOLRIZ GHAHRAMAN AND MARTYN BRADBURY : MAKING AN ISSUE OUT OF NOTHING AT ALL 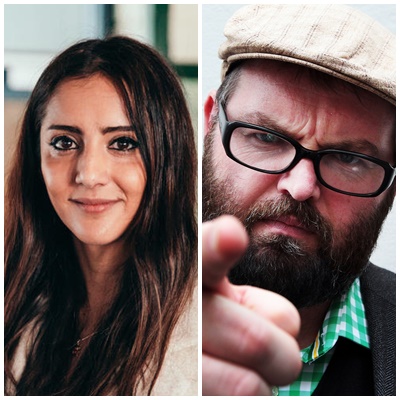 National Party leader Christopher Luxon says that a National Government would not be revisiting the country's abortion legislation. But some liberals, like the Green's Golriz Ghahraman and blogger Martyn Bradbury, are desperately trying to make it an issue.

JUST AS IN THE UNITED STATES, where the Democratic Party is hoping to leverage off the Roe v Wade decision by the Supreme Court and boost its stuttering chances in November's midterm elections, a few desperate liberals in New Zealand think they  can also use the Roe v Wade decision to boost the declining fortunes of both Labour (especially) and the Green's. So Green MP Golriz Ghahraman has rushed to Twitter to indulge in what is little more than scaremongering:

'There are NZ opposition MPs out on social media celebrating the decision in the USA. Our opposition leader openly believes #Abortion is murder. It's mistake to think the next election is about tax cuts rather than full blown conservatism. This is a conversation we must have now.'

Ghahraman, barely visible most of the time, wants to have a 'conversation' about abortion since it would conveniently deflect attention from other pressing matters like the country's growing level of poverty and inequality. And the Green's would certainly  appreciate less attention being paid to the country's timid climate change policies - which Green co-leader and Climate Change Minister James Shaw has played a central role in formulating.

Similarly loyal Labour Party supporter Martyn Bradbury of The Daily Blog has also jumped on Ghahraman's bandwagon, suggesting that the National Party will be encouraged by the Roe v Wade decision and attempt to outlaw abortion in New Zealand as well.

But the problem for Ghahraman and Bradbury is that National Party leader Christopher Luxon has said that any future National Government will not be revisiting the country's abortion legislation. Luxon has tweeted:

'Roe v Wade is an issue for the American people who have a different set of constitutional arrangements than us. NZ’s abortion laws were voted on and ultimately settled in the last parliament. These laws will not be relitigated or revisited under a future National government.'

That seems to settle that. But wait, there's more. Bradbury suggests that Luxon could be lying. According to him:  'Luxon is an evangelical prosperity Christian who believes he has his 7 properties because he has the blessings of Jesus. If his magical flying invisible wizard friend tells him to save the unborn babies, who do you think Luxon will listen to? His spiritual saviour Christ or the Press Gallery?'

This is unhinged stuff born of an attempt to make abortion an issue when there is no issue except in the minds of liberals like Ghahraman and Bradbury. The absurdity of it all is reinforced by the fact that several Labour MPs, including cabinet ministers, voted against the Abortion Legislation Act in 2020. That included Nanaia Mahuta, Meka Whaitiri, Damien O’Connor, Greg O'Connor and  Anahila Kanongata’a-Suisuiki. Is Golriz Ghahraman going to suggest that they too will be celebrating the Roe v Wade decision?  Will Martyn Bradbury be suggesting that the country's abortion legislation is under threat because there are several anti-abortion Labour MPs and ministers in the government?

Rather than wasting everybody's time with infantile attempts to point score, perhaps both Golriz Ghahraman and Martyn Bradbury might like to reflect on some real issues affecting New Zealand women right now. Like the fact that half of the country's homeless are women, high by world standards. According to Jo Cribb of the Wellington Homeless Women's Trust, some 20,000 women are homeless. Rather than trying to invent issues for partisan political advantage perhaps Ghahraman and Bradbury could tackle a real issue like this. Maybe Golriz could have a word with her Green co-leader Marama Davidson since she is also the Assistant Minister of Housing, with special responsibility for homelessness.