NEW ZEALAND FALLS IN BEHIND THE UNITED STATES 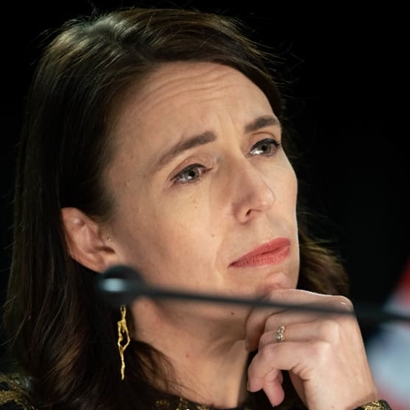 While the mainstream media has approvingly reported that Jacinda Ardern is the first New Zealand leader invited to speak at the NATO Leaders Summit, it highlights the willingness of the Labour Government to fall in behind the interests of U.S. imperialism.

IF IT WAS A NATIONAL Government that was slowly aligning New Zealand's foreign policy to that of the United States, you can be sure that Labour aligned activists would be protesting about the country's 'independent' foreign policy being sacrificed on the altar of American imperialism. Yet even though this Labour Government has shifted New Zealand's foreign policy to line up with that of the United States and its western allies, there has barely been a murmur of protest. As on such pressing domestic issues as increasing poverty and inequality, Labour supporters and activists have largely keep their mouths shut or, in their declared  support for Ukraine, defended what has amounted to the sacrifice of any resemblance of an independent foreign policy.

As far back as April commentator Bryce Edwards noted:

'New Zealand is now part of the war with Russia. And our independent foreign policy is virtually dead.

'That’s the upshot of the Government’s definitive fall into line with Five Eyes and NATO, in supporting the war against Russia this week. It’s a remarkable “rush to war” and needs much more debate and analysis than we’ve been seeing.

Military deployment is not simply an “operational matter”, and requires considerable debate. After all, this week’s departure of a Hercules aircraft with 50 personnel is the first time since the 1930s that this country has sent troops to a European war.'

So it comes as no surprise that Prime Minster Jacinda Ardern accepted an invitation to attend the  NATO leaders' summit in Madrid, Spain next week.

One of  the bizarre twists of Vladimir Putin's reckless attack on Ukraine is that a military invasion that was intended to halt or at least stall NATO encroaching on the Russian border, is instead fuelling NATO's growth. And which has been embraced by New Zealand.

The reality is that Russia's disastrous invasion, far from discrediting NATO aggression, has strengthened one of the main organisations of US imperialism since the Second World War. With the help of NATO, the United States has been able to maintain hundreds of military bases across Europe and pursue its global strategic objectives. And, with little in the way of domestic resistance, Jacinda Arden has tied New Zealand's foreign policy firmly to that of American imperialism. Indeed some Labour supporters have claimed that Jacinda Ardern's invitation to attend the NATO summit is a recognition of her 'international stature'.

The editor of The Daily Blog, whose hysterical and mad support for Jacinda Ardern and Labour will ratchet up in its sheer lunacy as the general election draws ever nearer, has claimed that its 'a good thing' that Ardern was invited to the NATO summit. According to Martyn Bradbury:

'People criticising her and the invitation are bad faith actors who would find something to criticise her over if she had won lotto and donated it all to charity! It is positive for NZ that the rest of the West respect and like our Prime Minister, this is soft NZ power at work!'

For a far more sane and cogent view of U.S. imperialism I invite readers to watch this video featuring Abby Martin of The Empire Files. This is her address to the People's Summit for Democracy held in Los Angeles recently. It was held as a progressive counter to Joe Biden's imperialist 'Summit of the Americas'.