Home » christopher luxon » jacinda ardern » WHERE IN THE WORLD IS CHRISTOPHER LUXON?

WHERE IN THE WORLD IS CHRISTOPHER LUXON? 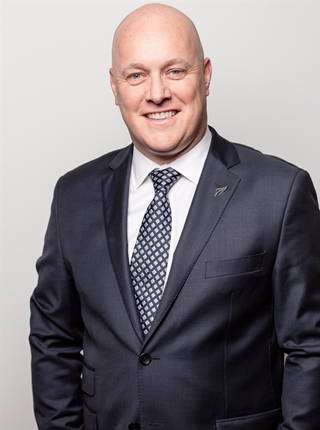 National Party leader Christopher Luxon has been accused of a lack of concern for struggling New Zealanders...

THERE ARE, of course, plenty of big issues for the New Zealand media to be grappling with right now, however ineffectively. They include the country's growing levels of poverty and inequality, the seemingly permanent housing crisis, the existential threat posed by climate change and...Christopher Luxon's week-long holiday in Hawaii.

Luxon has been the source of countless news stories and commentaries this week because it appeared he had pretended to be in New Zealand when he was actually basking under a Hawaiian sun. He has even ended up as a topic of concern on the tediously and earnestly woke The Panel on RNZ.

The source of the media's excitement was a video post to Luxon's Facebook page which suggested he was in Te Puke: 'Today I'm in Te Puke, the heart of kiwifruit country, and what a great morning we've had today.'

But Luxon has frontfooted the story and said he had made no secret of being in Hawaii. While the media thought they had - in an old--fashioned 'Gotcha!' moment - caught him in a  barefaced lie, the reality was more mundane. It was an administrative blunder.

Said Luxon: 'We made a mistake and we own up to it, we front it, we should have captioned the post differently, that's what we should have done. It's my team, but I'm part of the team and I take responsibility for it.'

But having had the wind taken out of their sails, the media has been in no mood to let the story die. On TVNZ's Breakfast this morning Labour-friendly Matty McLean asked Luxon if he thought it appropriate that he should be holidaying in Hawaii while a lot of New Zealanders are doing it hard. Which wasn't a question asked of Prime Minister Jacinda Ardern who had a bit of rest and recreation in Fiji at the conclusion of the Pacific Islands Forums Leaders meeting earlier this month. Although, in a honourable exception, Today FM's Tova O'Brien did sarcastically comment:  'I hope Jacinda Ardern’s having a good time in Fiji.'

Martyn Bradbury has joined McLean in trying to make a mountain out of a molehill. Like McLean, the erratic Daily Blog editor has attempted to nail Luxon for living it up while a lot of New Zealanders are barely getting by. Bradbury has huffed and puffed: 'Luxon singing the cost of living blues, all that faux concern looks like an act when he’s caught holidaying at a mansion in Hawaii for a little bit of him time with the fam.'

Like much of The Daily Blog these days, this pretends to be legitimate commentary but is little more than another attempt at point scoring on behalf of the Labour Party. 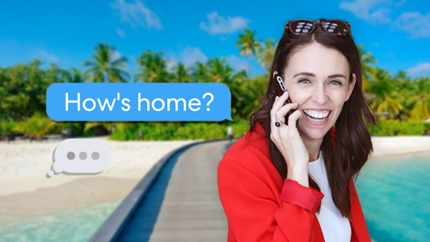 If it was something more than a hit piece for Labour then it might of also condemned Prime Minister Jacinda Ardern for also displaying faux concern for working people and the poor. After all, she leads a Labour Government that has overseen the biggest transfer of wealth in the country's history. As business commentator Bernard Hickey has observed the Labour Government's  'Covid-19 policies have made the wealthy hundreds of billions of dollars richer, while the poor sank $400 million further into debt to the government itself.'

Martyn Bradbury blusters 'Luxon cries political tears over a cost of living crisis that never actually ever touches him.'  Perhaps he'd like to explain how this criticism doesn't apply to Ardern. The reality is that Jacinda Ardern is no more 'one of us' than Christopher Luxon.