THE PUNDITS ARE GETTING THE JAMES SHAW/GREEN PARTY STORY WRONG 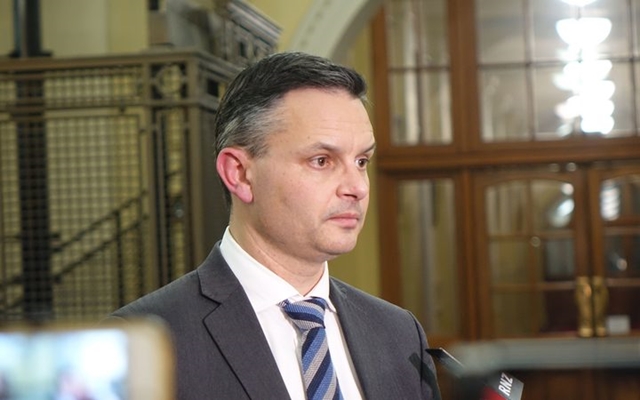 The supporters of Green co-leader James Shaw have portrayed him as a successful leader who has got things done. He has, says his supporters, been the victim of fringe activists who don't understand the values of pragmatism and compromise. This is all nonsense, writes Branko Marcetic. 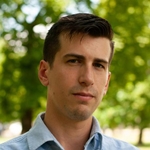 WHO KNEW James Shaw had so many fans in the media? Pundits have come out of the woodwork to defend the Greens co-leader, after he was stripped of his leadership last week by unhappy party members. The defences have all stuck to basically the same script: Shaw is a successful leader and minister who’s handed the party big victories in politics and policy, and is now being punished by a minority of fringe activists who either don’t understand the values of pragmatism and compromise, or outright disdain them. Some even suggested it was Shaw’s race and gender, not to mention his penchant for suits, that explained his dismissal.

This is all nonsense. In their eagerness to use the episode as grist for New Zealand punditry’s favourite pastime — bashing the Left — commentators are misleading their audiences on just about every part of the story, leaving them uninformed about both the political stakes and, maybe more importantly, New Zealand’s climate record.

For a start, the idea that Shaw merely crossed an irrelevant band of radical activists is patently false. Discontent around Shaw’s leadership has been bubbling to the surface all year, with some of the party’s former executive and policy branch members distancing themselves from party responsibilities as a result. Meanwhile, former party leader Russel Norman and ex-Green MPs Catherine Delahunty and Sue Bradford have all publicly criticised Shaw’s leadership, and even one of his sitting MPs has voiced some dissatisfaction. Ranking members, ex-MPs, a former leader: in other words, the criticism is coming from the mainstream of the party.

You wouldn’t know it from reading a lot of the past week’s analysis, but they all have good reason to complain. When commentators haven’t simply ignored the matter of climate policy to focus on the Greens’ improved electoral record, they’ve gestured vaguely at the “quiet policy wins” Shaw’s delivered, hailing the virtues of “incrementalism” and compromise, and attacking his critics for supposedly being obsessed with purity. Tellingly, none of them bother to discuss the actual substance of what Shaw’s delivered, because to do so would reveal his critics might actually have a point.

The fact is that Shaw’s climate policy has been serially soft on agribusiness, by far the country’s biggest polluter. Agriculture is left out of the emissions trading scheme (ETS) until 2025, the methane it produces is largely given a free pass in the Zero Carbon Act, and Shaw’s Climate Change Commission went similarly soft on the highly potent greenhouse gas, later defending their lack of ambition in court on Shaw’s behalf. If the goal of climate policy is to stop the emissions that will lead to planetary catastrophe, letting those responsible for most of those emissions pollute away doesn’t make a whole lot of sense.

The centrepiece of Shaw’s first Emissions Reduction Plan was a $710 million handout to that same,  exceedingly profitable sector to help them develop new ways to cut their emissions, paid out of the very ETS it doesn’t have to contribute to, a giveaway that its lobbyists reportedly hadn’t even asked for. Even the Herald, hardly a bastion of radical leftism, called this an embarrassment. The He Waka Eke Noa recommendations this year featured yet more giveaways to agribusiness, and Shaw was left in the unusual position of staying muted on the matter even as his own party savaged the proposals.

For years while he was climate minister, New Zealand had the breathtakingly inadequate emissions cutting target of merely 30 percent from 2005 levels by the end of the decade, less than even what a Tory-governed UK and the US under Joe Biden, a conservative Democrat, set as their targets. The government has upped those ambitions since, but it did so using accounting tricks, and it’s still well behind where it needs to be. Shaw actually defended this dismal record, prompting ex-Green MP Gareth Hughes to publicly rebuke his former leader, telling the press that “New Zealand isn’t doing enough to reduce emissions.” Before the commentariat jump to dismiss Hughes as just another irrelevant lefty, they should know that he, too, has worn some suits in his time.

As a result, over Shaw’s tenure climate minister, we’ve gained a pretty poor reputation on the world stage when it comes to this issue. We’ve been on the receiving end of scathing criticism from climate campaigner Greta Thunberg, while the British High Commissioner to New Zealand issued a softly damning assessment of our “false sense of security” and gap “between ambition and reality” on climate. Our allies weighed up simply not bothering to invite us to a summit of high-profile climate leaders, having seen that we weren’t willing to walk the walk on climate, and by the time Shaw was at COP26 urging leaders to act more aggressively, back home emissions were rising and his government was being sued for handing out oil and gas permits.

Giving the biggest polluters a free pass, lagging behind on emissions cuts, accruing a reputation as a climate dilettante on the world stage — all of this would be pretty damning for anyone with the title of minister for climate change. The fact that the minister is the co-leader of the Green Party is an added indictment.

This isn’t all Shaw’s fault, seeing as he’s hitched to a Labour government that doesn’t seem to take its own rhetoric about the climate crisis seriously. And he did unsuccessfully push for more aggressive climate targets behind the scenes — though even there, it’s telling that he avoided choosing the most aggressive target, as his opening negotiating bid. Either way, Shaw is the minister for climate change. If the buck doesn’t stop there, where does it stop?

So there are in fact good, concrete, substantive reasons why Greens members might be unhappy with Shaw. They’re the same reasons all Kiwis interested in a stable, secure future for themselves and their kids should be unhappy, and the same reasons they should be unhappy with this entire government’s lacklustre record on the greatest security threat our world has ever faced. Just look at some of the language typically conservative scientists have used about this crisis the government has dragged its feet on: “grave and mounting threat”; “code red for humanity”; “ghastly future of mass extinction.” Does this sound like something we should placidly accept half-measures on?

Of course, it’s easy to see why our pundits are just fine with the way New Zealand has underdelivered on this during Shaw’s tenure. If you don’t care about the climate crisis, don’t take it seriously, even prefer policies that will let it get worse and worse, you’d probably be just fine with it too.

Branko Marcetic is co-host of the podcast 1 of 200 and a staff writer for Jacobin magazine. This article was first published by Democracy Project.