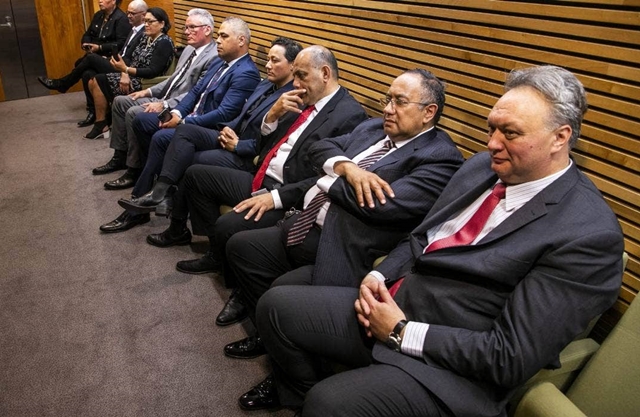 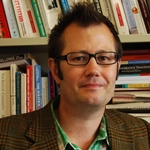 Despite the fact that the Maori caucus in Labour is the biggest ever, the Labour Government has failed to deliver for working class Maori. While they are concerned about issues such as housing affordability and the cost of living, the Maori caucus has been pandering to middle class concerns, often revolving around cultural reforms. But the promotion of te reo doesn't help to put food on the table for struggling Maori. It is, writes Bryce Edwards, leading to many Maori withdrawing their support for Labour.

LABOUR'S POLL results are trending down. Last week's Curia poll put the party down two points to just 33 per cent, while National is up three points to 37 per cent. When it comes to next year’s election, a key constituency for Labour will be Maori voters, especially in the Maori seats which are facing a strong challenge from Te Pati Maori.

Yet Labour’s support amongst Maori also seems to be plummeting. A poll earlier in the year by Horizon Research for The Hui, showed Labour’s support had dropped from 54 per cent in 2020, to just 37 per cent this year. The seventeen-point drop was a sign, according to Te Pati Maori’s co-leader Debbie Ngarewa-Packer, that in Maoridom, “The red wave is well and truly over”. National’s Shane Reti also pronounced “the Maori love affair with Labour is well and truly over.”

HAS LABOUR LET DOWN MAORI?

When Labour won 50 per cent of the vote in 2020, with a historic majority in Parliament, there was a belief amongst commentators that Labour would now be able to deliver for their Maori constituency. There was a belief that this triumphant result, and winning back all the Maori electorates in 2017, was in part due to Maori voters trusting Labour to deliver on their promises of better housing, healthcare, and reduced economic inequality. Such a focus on lifting living standards was especially appealing to working class Maori.

Unfortunately, those results haven’t been delivered. Under Labour there continues to be a growing disparity between rich and poor, and poverty and inequality have been exacerbated. For example, the housing crisis Labour inherited from National, has now morphed into a “housing catastrophe”, and Labour seem largely uninterested in doing anything about this. On top of this, we now have a cost of living crisis, and wages are not keeping up with rising prices.

THE POWERFUL ROLE OF THE LABOUR MAORI CAUCUS

One of the reasons that Maori might have believed Ardern’s Government would deliver in the areas that poor and working class Maori care about, is that the Maori caucus in Labour is the biggest ever. Commentators said that the fifteen Maori MPs in Government would have strong leverage over Ardern and her fellow ministers. What’s more, six out of the 20 Cabinet ministers are Maori – which is proportionally much greater than wider society.

Have the Maori MPs and ministers delivered? There is no doubt they have been highly influential. As leftwing commentator Martyn Bradbury says, “The Maori Caucus inside Labour are now the largest and most powerful faction” in the party. The Prime Minister and her colleagues have therefore not been able to ignore the demands and priorities of Labour’s Maori caucus.

In fact, some commentators paint a picture of Ardern as being held hostage to the agendas of the senior Maori leaders such as Nanaia Mahuta and Willie Jackson. Journalist Graham Adams, for example, has written about how Ardern doesn’t show any great enthusiasm for, or belief in, her Government’s controversial Three Waters reform programme, and as a very cautious and poll-driven leader, “would normally back away from any policy as widely disliked as Three Waters soon after the poll results arrived on her desk”.

Adams argues that the Maori caucus has pursued many of the most important and controversial reform agendas of the current Government – this “includes setting up a separate Maori Health Authority, easing the path to Maori wards, handing more power to iwi in the conservation estate, in local government, and the Resource Management Act”.

HAVE LABOUR'S MAORI MP'S FOCUSED ON THE RIGHT ISSUES?

Generally, the Maori caucus in Labour has been focused on constitutional and cultural reforms. But are these the right ones? Unfortunately for Labour, the main concerns of Maori voters – especially those who are struggling – are more materialist, such as housing and employment.

Much of what the Labour Government has been delivering for Maori often looks more like symbolism and bureaucracy. And in many cases, it’s been about assisting more middleclass Maori supporters, especially those in business. Hence last year Willie Jackson convinced his government to make 5 per cent of their $42 billion procurement budget available to Maori businesses. 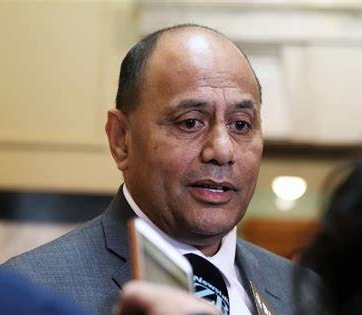 In a sense, the caucus is having to respond to the more radical Te Pati Maori, which is increasingly Tiriti-focused and wanting constitutional change, rather than concerned with traditional Labour issues. Labour MPs therefore have to follow that agenda too. They need to convince Maori constituencies that they’ve won some big concessions off the Prime Minister and Cabinet.

If not, then what have the Labour Maori MPs got to show to their voters when it comes to the next election? If they can’t show progress on housing, standards of living, improved healthcare etc, the hope surely is that they can at least point to advances in te reo, the school curriculum, more visible Maori in leadership and business, and so forth.

Will these be enough? Leftwing commentator Chris Trotter suggests not: “Creating Maori wards is not the same as creating jobs. Building support for profound constitutional change in Aotearoa-New Zealand is not the same as building houses.”

THE CHANGING POWER OF THE LABOUR MAORI CAUCUS

This week the Herald’s Audrey Young has written an evaluation of the Maori Cabinet ministers, some of which is quite critical. For instance, she labels Kevin Davis “Pedestrian”, pointing out that he got “the new portfolio of Maori-Crown relations in the first term but has been almost invisible in promoting the Government’s overall strategy to the public.” Young also labels Peeni Henare as “Sheltered” in the Cabinet, saying he “has not been tested politically and shows no signs of boldness.”

Probably the most critical is her evaluation of Nanaia Mahuta, who Young labels “Distracted”. Young says Mahuta is “distracted by Three Waters reforms and a series of stories about public sector contracts awarded to her consultant husband. They have reached such a pitch that she herself should refer the matter to the Public Service Commission or Auditor-General to get an independent opinion and draw a line under it.”

Willie Jackson and Kiri Allan receive more positive evaluations – the latter is said to be a “potential deputy Labour leader” and a “firm favourite of Jacinda Ardern.”

But it’s Jackson that is acknowledged as the real leader of the Maori caucus in Labour – Young reports that: “Insiders confirm appearances – that the most active and influential member of the caucus is Cabinet minister Willie Jackson.” She adds that he’s “the only one actively promoting and defending co-governance.” And elsewhere, Young has explained that Jackson is “still the go-to guy for hands-on co-ordination within the Maori caucus and within Maoridom peak groups and iwi leaders.”

THE MAORI LABOUR CAUCUS NEEDS TO KEEP ITS GOVERNMENT DELIVERING

With Labour’s post-Covid popularity steadily on the decline, there are many on the left who want Labour to revert to more traditional and popular leftwing policies, and jettison the strong pursuit of cultural and constitutional change.

For example, the Three Waters reform programme has become an albatross around the Government’s neck, which few are willing to defend. It will continue to cost Labour popular support. But should Labour pull back on the more controversial parts of the programme, such as giving half of the control over water assets to iwi?

The problem is that to do so would be to give Te Pati Maori a huge stick to beat Labour with. It could seriously jeopardise Labour’s hold on their Maori seats next year. Likewise, pulling back on the Government’s co-governance agenda would create havoc for the Maori caucus. A Maori caucus rebellion in Labour would be guaranteed.

Therefore, Ardern is in something of a bind. She will have to continue juggling the demands of the powerful Maori caucus while also being aware that some of that agenda might be making her government unpopular.

But Ardern would be wise to realise that when it comes down to it, most Maori voters are quite similar to non-Maori voters in caring more about the delivery of the basics – especially an improved standard of living. In this regard, Ardern should take note that the Horizon poll of Maori voters earlier this year pointed to why Maori voters were leaving Labour: “As inflation begins to bite, 72 percent say the cost of living is the main issue they will vote on, followed by housing and health.”