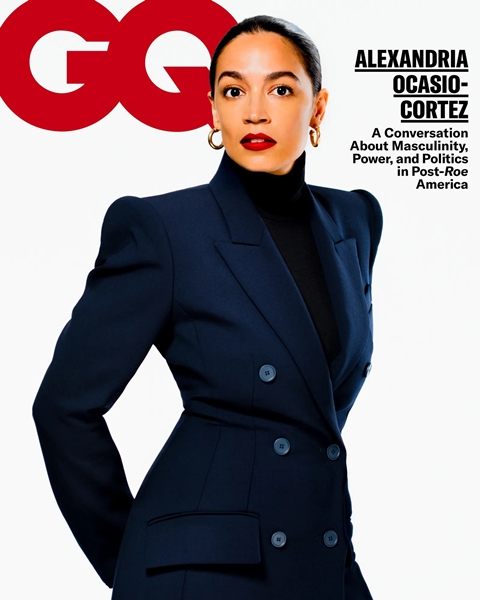 While Joe Biden says he will run for President again, doubts persist that he's the right man for the job. Maybe it's time for a woman...

ALTHOUGH JOE BIDEN says that he 'expects' to run again for President in 2024, doubts remain in Democratic Party circles that he is up for another gruelling election campaign and one that promises to be nothing short of brutal. At 79 he is the oldest President in United States history and, if he won a second term, he would be 86 when he left the White House. Can he really go the distance?

While Vice President Kamala Harris has said she would be 'proud' to run again with Joe Biden in 2024, other Democratic Party politicians are suggesting that it's time for a 'generational change' and time for a candidate who would be more assertive against the Republican contender who could again be Donald Trump - who will be 78 years old in 2024.

Biden's insistence that he will stand again has not quelled the continuing speculation about an alternative candidate. But such a candidate would have to be chosen in the face of the Democratic Party's recent history. No sitting Democratic president has faced a primary challenger since 1980, when Ted Kennedy chose to run against Jimmy Carter. Carter defeated Kennedy but lost to the Republican challenger Ronald Reagan. He promised to 'make America great again'.

Entering, literally, from stage left is Alexandria Ocasio-Cortez. The New York congresswoman is an attractive proposition for those tired of the Democratic Party's centrist politics and its continued deference to business interests. The minimum age to be president is 35. AOC will celebrate her 35th birthday some three weeks before election day in 2024.

AOC would represent the 'generational change' that many are seeking and whose sensibilities would be more in tune with the America of today. She would also come with a ready-made support base. She has some 12 million followers on Twitter alone and she could easily raise the funds needed to run an extensive election campaign.

AOC is a member of the Democratic Socialists of America and within the DSA there is a belief that she could lead a primary election campaign that would easily rival that of Bernie Sanders in 2016.

AOC herself has not endorsed Biden and continues to fend off questions about her presidential ambitions. In an interview with CNN earlier this year she said any question of endorsing Biden could wait until the President officially put his name forward: 'So we’ll cross that bridge when we get to it, but I think if the President has a vision and that’s something we’re all certainly willing to entertain and examine when the time comes.'

In July she ducked for cover when Stephen Colbert of The Late Show asked her if, theoretically, she might seek the presidency:

'Listen, I think we need to focus on keeping a democracy for anybody to be president in the next couple of years,' she replied. 'My clear focus is helping the people of this country right now.'

'So it's possible?' repeated Colbert.

'I don't know about that,' was the non-committal reply from AOC.

But, interestingly, she has also talked of the need for 'generational change' within the Democratic Party. Joe Biden might be 79 but the Speaker of the House, Nancy Pelosi, is 82 while Senate Majority Leader Chuck Schumer is 72.

In an interview with GQ magazine AOC pointedly observes: 'This generational tension has existed among virtually every single social movement in American history, in labour, in suffrage, in civil rights, in marriage equality. And it is a tension between history and the present moment. It’s a tension between inside and outside. It’s a tension between what we can learn and what we don’t know. Any sort of criticism of the Democratic Party is immediately cast as helping the right or ‘You’re disrespectful’ or ‘Don’t you know everything that these people have done?’ And we do, but we are also allowed to learn from the outcomes of those victories and the unique dynamics of the present moment, to also say that we have to change tack and we can’t just do the same thing for 30 years.'

AOC though is well aware that the same political forces that blocked Bernie Sanders from ever getting near the While House would also be organised against her. And if she ever did make it to the White House she would be confronted with a political establishment, in the pocket of Wall Street, who would quickly organise to stymie any attempts by her to implement her economic and political agenda.

She told GQ that there would still be 'plenty of limitations' and it would be 'tough, really tough'. But AOC has already demonstrated that she doesn't run from a fight and has beaten seemingly impossible odds in the past. And, as she reminded readers of Democratic Left, a publication of the DSA, the left is 'allowed to win too, by the way.'