As the controversy around Rotorua's 'emergency housing' has continued to swirl, the Associate Minister of Housing with special responsibility for homelessness, Marama Davidson, still has nothing to say. 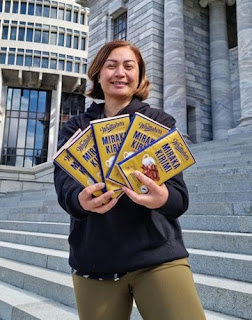 'Over the past five years she has dedicated her efforts on understanding the housing crisis around the whole country, and is deeply committed to helping those with the greatest need get into secure housing. As Associate Minister for Housing with responsibility for addressing homelessness, Marama will bring her expertise and commitment to create real change for our communities. ' Green Party website.

MOST PEOPLE who sat down to watch TVNZ's Sunday would of been appalled and angry about what they saw. The current affairs show exposed the crime, violence and intimidation that is occurring on a seemingly daily basis in Rotorua's so-called 'emergency housing'. Life in these former motels is nothing short of miserable. They stand as testament to the disastrous failure of 'the market' to provide access to affordable and decent housing for all New Zealanders.  It is not just a housing crisis but a human rights crisis.

But the problem, of course, has not just developed in recent times. Indeed the seriousness of the situation even moved the normally taciturn Associate Minister of Housing Marama Davidson to comment. In April last year she said that many people living in transitional housing were living in 'inhumane, undignified situations'.

Davidson told TV3's Newshub that based on what she had heard from residents and those working on the frontline, she was 'not satisfied' that emergency housing was 'fully safe for everybody' and some were made to feel 'barely human, seen primarily as a way for commercial motels to make quick money'.

But some eighteen months after Davidson made those observations, the situation has not only not improved - it has got worse.

Much of the responsibility for the lack of action can be laid at the door of the Minister of Housing, Megan Woods. But Marama Davidson is also culpable. Her ministerial responsibilities also include homelessness but the homeless figures have continued to rise under her watch.

Davidson however is not short of bluster and she has claimed that she is working on her housing brief 'every hour, everyday'. But Newshub did some digging to discover that she has issued just eight press releases and introduced no new laws since becoming the Associate Minister for Housing in 2020.  She has provided not even a modicum of relief for those folk forced to live in the 'transitional housing' dumping grounds.

And even the Sunday show has not been enough to move Davidson to comment. She has remained silent. It is extraordinary that the Associate Minister responsible for homelessness has so little to say about it. On social media she has instead been responding, as she is want to do, to issues outside her ministerial brief. She even thought it important that she post to her Facebook page another photo featuring Whittaker's Chocolate.