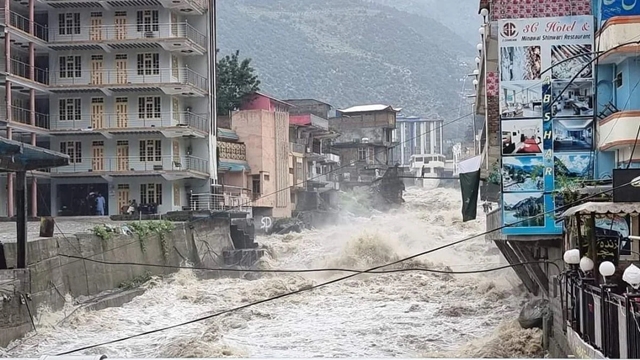 An estimated third of Pakistan is under water. The country has seen the largest amount of rainfall for over three decades. The impact of climate change continues to grip harder yet our political representatives continue to do little but tinker with the very economic system that is driving climate change. American writer and activist Mike Davis says that its time for a campaign of non-violent civil disobedience. 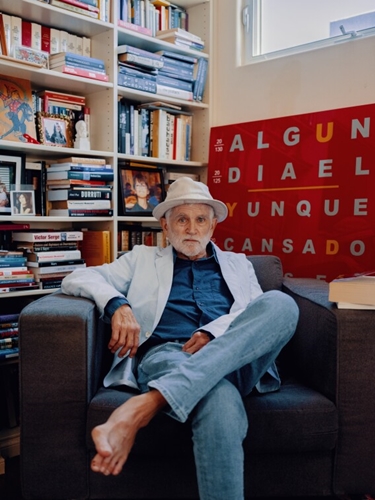 THE FLOODING in Pakistan has been devastating, with its climate minister estimating that over a third of the country has been completely submerged.

It's all one big ocean, there's no dry land to pump the water out', Sherry Rehman said two days ago, calling it a 'crisis of unimaginable proportions.'

Over 3,000 people have either been killed or injured and 40 million lives impacted. Over a million homes have either been destroyed or damaged. And over two million acres of valuable crop land has been wiped out.

Pakistan has been hit by the largest amount of rainfall in over three decades. And it's an irrefutable scientific fact that a warmer atmosphere holds more water, making downpours far more intense. That is the reality we are all confronted with.

Pakistan's unfolding environmental catastrophe is just the latest in a long line of climate disasters.

Just this week the 150,000 residents of Jackson, Mississippi were ordered to evacuate as flooding threatened the city.

Europe is suffering its worst drought in five hundred years. Its predicted that in the near future the glacier ice lost will become so great that it will threaten the water supplies of Switzerland and other European countries.

China has been in the grip of a two month long heatwave resulting in water shortages. Its lakes and rivers are disappearing.

And, down at the bottom of the world, New Zealand is also not immune from the consequences of climate change. Prime Minister Jacinda Ardern recently visited Nelson to survey the extensive damage wrought by flooding. She described the damage as 'devastating' but it foresees a future where parts of the country will inevitably have to be abandoned. Cosmetic measures such as cycleways and electric cars is not going to prevent this occurring.

But as the impact of climate change grips harder, we remain bound to an economic system that, in pursuit of profit, remains addicted to fossil fuels. This week a report released by the Organization for Economic Cooperation and Development (OECD) and the International Energy Agency (IEA) shows that fifty one governments around the world—including the United States, Germany, Canada, China, Russia, and Saudi Arabia—provided a combined $US697.2 billion in tax breaks and other handouts to the fossil fuel industry last year, up from $US362.4 billion in 2020.

The International Monetary Fund has estimated that total global fossil fuel subsidies amounted to nearly $US6 trillion in 2020.

Meanwhile, oil companies are raking in huge profits as they exploit Russia's invasion of Ukraine to push massive costs onto consumers.

In the face of such economic insanity that will propel the planet over the cliff unless we act decisively, an understandable reaction is to retreat into despair. But this is not what American writer and activist Mike Davis advocates.

A towering figure of the American left, Davis was advocating 'system change, not climate change' long before it became popularised by the international ecosocialist movement. In his 2006 book Planet of Slums he contends that piecemeal reforms to prevent environmental destruction have failed - and will continue to fail - because they treat the symptoms rather than the cause.

In the face of powerful economic interests protected by the political elites, Davis understands why people might feel powerless to do anything about it. But in a recent interview he observed:

'For someone my age who was in the civil rights movement, and in other struggles of the 1960s, I’ve seen miracles happen. I’ve seen ordinary people do the most heroic things. When you’ve had the privilege of knowing so many great fighters and resisters, you can’t lay down the sword, even if things seem objectively hopeless.

I’ve always been influenced by the poems Brecht wrote in the late 30s, during the second world war, after everything had been incinerated, all the dreams and values of an entire generation destroyed, and Brecht said, well, it’s a new dark ages … how do people resist in the dark ages?

In more concrete terms Davis is in favour of a sustained non violent campaign of  civil disobedience. The failure of our-called 'political representatives' to act has left us with no other option. The political elites, says Davis, will only countenance reforms that do not threaten capitalist interests.

In the United States Davis says there's a substantial social base for such direct activism:

'If you measure things by opinion polls, this generation is more leftwing than the 1930s. A huge number of people under 30 say they’re in favour of socialism or they’re prepared to listen to arguments for socialism. That’s astonishing.'

Mike Davis is facing his own personal battle. Seventy-six year old Davis recently stopped treatment for esophageal cancer and started palliative care. He has been given another 6-9 months. Of his own impending death he comments: