THE YEAR OF ENNUI

'...the PMC has always managed to come up with an explanation for our economic problems that ensures blame never falls on capitalism itself. It leads to a situation where capitalist politicians like Willie Jackson and  Marama Davidson, both anti-socialist, claim that it is racism not our economic system that is preventing the majority of Maori from making economic progress. It leads to a situation where a media organisation like Stuff apologises for its historic coverage of Maori issues and concerns but continues to leave unexamined and, indeed, celebrates an economic system that continues to act against the interests of working class Maori. It leads to a situation where media organisations like TVNZ and RNZ window dress their news reports with te reo, but continue to do next to nothing to challenge a capitalist status quo that continues to disadvantage working class Maori and the working class as a whole.' Against The Current, April 11, 2021. 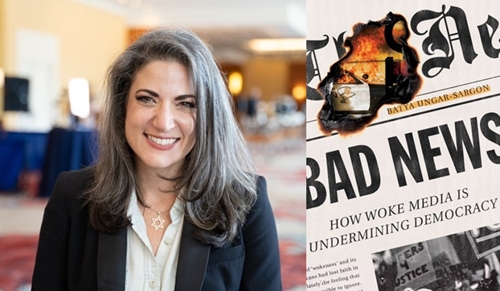 As the year draws to a close and we enter 2023, a pervading sense of discontent and frustration grips the country. And, until we recognise that the status quo has failed, we cannot expect any improvement in the new year.

THIS YEAR the Oxford Dictionary declared that 'goblin mode' was its word of the year. More accurately a descriptive term rather than a word, I suspect most people would have rarely, if at all, come across goblin mode. I certainly haven't.

A more appropriate choice for word of the year came from Merriam Webster. The American dictionary and reference book publisher chose gaslighting as its word of 2022. Defining it as 'the act or practice of grossly misleading someone, especially for a personal advantage,' Mirriam Webster said that there had been 'a dramatic increase in dictionary lookups for gaslighting.'

There has certainly been a lot of gaslighting going on this year and, in New Zealand at least, the looming general election can only encourage more of it. Fantastic. I can't wait.

My word of 2022 though, for what it's worth, is ennui. Although it perhaps does not capture the palpable anger that is abroad in the community these days, it does reflect the discontent, dissatisfaction and frustration that stalks a land where few have benefited from the Labour Government's continued defence of the status quo. But ennui goes further than this, also capturing the feeling of listlessness and scepticism that reflects an expanding realisation that our present crop of parliamentary parties cannot provide anything new at a time when deepening economic, social and environmental problems demand new and radical solutions.

The absence of any real political alternative on offer will drive some 700,000 folk not to vote in 2023. And many of those who do cast a vote will do so without any expectation of anything significantly changing. While Labour continues to poll poorly there is also little excitement abroad about the prospect of a National or National-led government.

The growing sense of ennui has also been accompanied by the emergence of a popular view, in the last three years especially, that we are being dictated to by a clearly identifiable political class.

That political class is often described as the professional managerial class (PMC). This is a term first coined by the socialist journalist and commentator Barbara Ehrenreich who died this year. She regarded it as a political class determined to protect its own position and interests and which remained inherently hostile to the interests and concerns of the working class.

In her book Virtue Hoarders: The Case Against the Professional Managerial Class, Catherine Liu writes that the PMC is 'convinced of its own unassailable position as comprising the most advanced people the earth as ever seen that assumes that it has the ability to do ordinary things in extraordinary, fundamentally superior and more virtuous ways'.

Any discussion of the political significance of the PMC in New Zealand has occurred largely outside the orbit of the mainstream media. This is not surprising since the PMC controls the media, as it does the political parties, the public service, and the education system. Media organisations like RNZ and Stuff are pursuing another agenda, regardless of the hostility and antipathy it might help to whip up in the community.

Bryce Edwards of the Democracy Project has discussed how the political process has been captured by the professional middle class, writing that 'The point is that much of the professional managerial class in this country chooses to side with the Establishment, and to focus mainly on social liberal concerns that are very compatible with the status quo. They continue to either ignore or work against the interests of the majority of working people.'

His view has been echoed by Chris Trotter who has also focused on the anti-working class orientation of the PMC writing that it needs '... to obscure the common interests of working-class Maori and Pakeha; working-class men and women; working-class cis and LGBT. The elevation of identity over class is the critical cultural project at the heart of the social-liberal revolution.'

While the rest of an increasingly bitter country will slouch mostly disinterestedly toward a general election that will lead to little more than a change in the seating arrangements in Parliament, the political class- the PMC- will continue to pretend that it's a progressive force for political transformation.  But it is, in reality, a self-interested conservative force that uses the language of social justice to mystify class relations. As the socialist journalist Batya Ungar-Sargon observes in her book Bad News: How Woke Media is Undermining Democracy, the PMC is fighting a class war, not against capitalism or capitalists, but against the working class.

Somewhat ironically Batya Ungar Sargon was interviewed by RNZ National earlier this year. She was interviewed by Jesse Mulligan. Not exactly conversant with the socialist politics that Ungar-Sargon subscribes to, he seemed entirely unaware that most of her criticisms of the media could justifiably be directed at RNZ National. 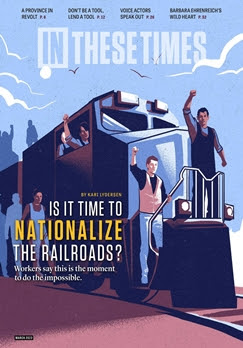