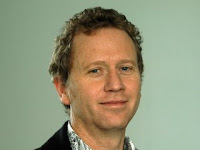 At the Green Party election campaign opening, former socialist Norman claimed that the Green’s would speak out for those that can’t.

I’m guessing that Norman means the poor and the disadvantaged – as opposed to their ‘target’ audience of middle class white liberals.

So have the Green’s finally discovered eco-socialism? Sorry, I’m afraid there still insisting they can create a kinder and gentler capitalism and an environmentally sustainable globalism.

It’s little wonder then that the Green’s are keeping their options open on whether they favour National or Labour as a coalition partner.

Despite the rhetoric the Green Party offers no alternative to the neo-liberalism economic and political agenda that has dominated New Zealand for over two decades.

The neo-liberal agenda has benefited the few at the expense of the many. If Norman was being honest about speaking out on behalf of those who can’t then he would be offering a alternative to the free market policies of Labour and National.

But he doesn’t. Norman’s word’s are mere puffery, designed to suggest that the Green Party is somehow different from the other parliamentary parties.

With global capitalism creaking under the weight of its own contradictions, does Norman really believe the free market is salvageable – because that is what he is telling us.

As someone else said recently, you can put lipstick on a pig – but its still a pig.

A vote for the Green’s is a pointless vote because the Green’s are offering nothing more than the same old free market policies. All Norman and co want to do is ‘influence’ Labour or National instead of building a real independent alternative.
Posted by Steven Cowan on Sunday, October 05, 2008